184 countries signed up for Richard Nixon’s drug war. New Zealand arrests more of its citizens for pot than all of them

DRUGLAWED details how New Zealand got rolled up in the US-led Drug War along with 183 other countries. Over the past 100 years the US has forced its fatally flawed model of drug prohibition on almost every country on earth.

Four decades since Richard Nixon declared the War On Drugs, 22 million Americans have been arrested for marijuana. Only one country in the world arrests a higher proportion of its population for cannabis: New Zealand.

While cannabis has now been legalised in multiple American states, the New Zealand govt remains firmly locked into the international Drug War matrix.

Druglawed shows why it is essential to break out and how to do it. 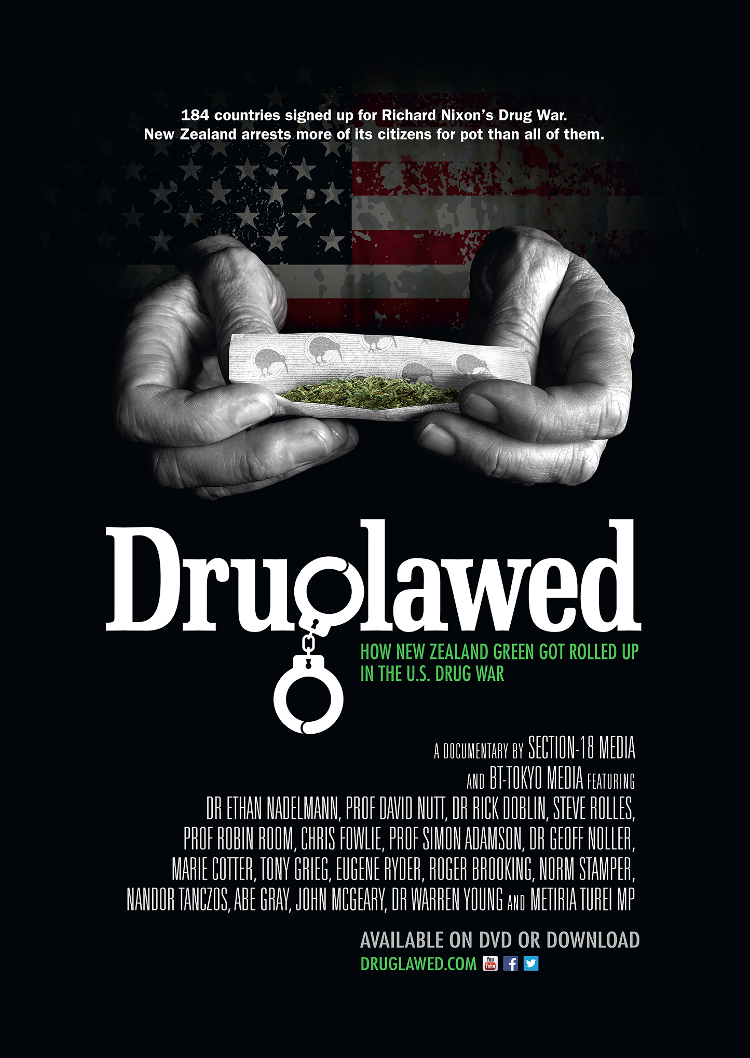