A British grandmother has become a fugitive from the French judicial system, wanted for a conviction that she never knew she had. 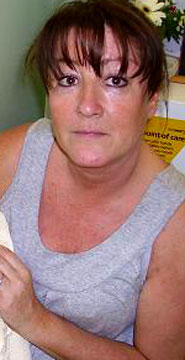 Deborah Dark, 45, from Richmond, West London, was blissfully unaware of her status as a wanted woman when she went to visit her elderly father in Spain. Her plight became clear only as she tried to return home. At the airport she was arrested and incarcerated for a month, as French authorities sought to have her extradited to serve a six-year sentence.

Though a Spanish judge denied the request she was arrested again on her return to London. A European Arrest Warrant has been issued and authorities in every member state of the EU are obliged to detain her should she set foot in their country.

The alleged offence for which Mrs Dark is now being pursued is from 1988, when she was 24 and was driving home from a holiday in Marbella, Spain, with her eight-year-old daughter. At the French border, customs searched her car and found several kilograms of cannabis beneath the floor and in the sunroof.

Mrs Dark told the French police that she had been unaware of the drugs, and suspected that her boyfriend of nine months was responsible. He had asked her to hire a car in her name, she said.

A French court believed her account and she was acquitted after eight months on remand. She went home and ended her relationship with her boyfriend.

The prosecution subsequently made a successful appeal and in 1990 Mrs Dark was sentenced in her absence to six years in prison. Neither she nor her lawyer were made aware of this, either at the time or during the next two decades. During that time Mrs Dark travelled to France on several occasions, unaware of her status as a convicted criminal.

In 2005 a public prosecutor in the town of Pau, in southwest France, applied for and was granted a European Arrest Warrant. Still unaware of this stain on her reputation, Mrs Dark went on holiday to Turkey with a friend in 2007.

“I knew something was wrong as soon as I arrived at passport control,” she said. “Customs police arrested me at gunpoint and I was strip-searched and handcuffed. I kept asking why and all they said was ‘ask Interpol’. As soon as I got home, I went straight to the police and and told them what had happened. They searched their databases and told me there was no outstanding warrant listed. I went to the Serious Organised Crime Agency and they said the same thing. So I assumed it must have been a dreadful error.”

A year later, returning from Spain with her daughter and two grandchildren, she was again stopped and imprisoned. She was made aware of the warrant. A Spanish court refused to execute it, on the ground that too much time had passed since the alleged offence.

Arrested again upon her return to Britain, she was bailed to await another extradition hearing. The City of Westminster Magistrates’ Court also refused to extradite her, the judge questioning whether she could be given a fair trial so long after the event. Nevertheless, she says that her life has been shattered by the ordeal and the threat of arrest has left her confined to Britain. She has lost her job, has become indebted and is unable to visit her ageing father.

Fair Trials International said that her case “demonstrates a serious problem with Europe’s fast-track extradition system”. It has called upon the French authorities to drop their request for her extradition.