On Saturday 2 May, NORML Ireland (National Organisation for the Reform of Marijuana Laws) will hold a public demonstration in Dublin to call for the legalisation and regulation of Cannabis in Ireland. 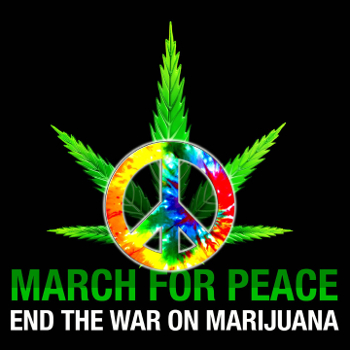 The demonstration will assemble at the Garden of Remembrance on Parnell Square before marching towards Kildare Street at 2pm on the 2nd of May. A number of speakers will address the crowd outside Dáil Eireann, including an elected member of Dún Laoghaire-Rathdown County Council, Cllr. Karl Gill.

Organisers are expecting up to 2,000 people to take part in the demonstration, which is being held to coincide with thousands of similar demonstrations taking place around the world which are being collectively labelled as the ‘Global Marijuana March’.

Ciarán Maher of NORML Ireland said: “We have heard some positive words from the new Minister for Drugs in relation to the decriminalisation of cannabis, while this would definitely be a progressive move, it would still leave control of this very profitable industry in the hands of criminal gangs. By legalising and regulating cannabis we would be bringing control of cannabis away from the criminal underworld and into the legitimate economy, creating huge revenue for the state and thousands of jobs in the process. We would encourage everybody to attend this peaceful demonstration on Saturday and demand that the government acts on this issue.”

For further information, contact Ciarán Maher on 0834628609, or email: contact@norml.ie