Sunday, 5 February 2023
You are here: Home Richard Madeley has the right attitude when it comes to taking drugs

I applaud Richard Madeley’s defence of his 21-year-old daughter Chloe this week over her experience with drugs. 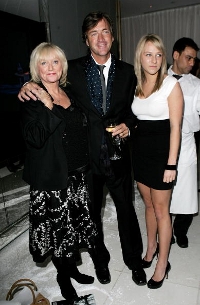 When a magazine asked him how he felt about pictures of Chloe smoking cannabis at a party that emerged earlier this year, his reply was blunt: “I couldn’t give a stuff.”

Richard, who is married to fellow TV presenter Judy Finnegan, then went on to explain, “If Chloe was a regular user, Judy and I would be concerned about it, and rightly so, but she doesn’t have a problem.”

As a parent, I wholeheartedly agree with this attitude and think he dealt with the situation brilliantly. Indeed, it shows what a great relationship he has with his daughter.

Like it or not, there is a point at which we have to stop thinking we have jurisdiction over our children.

And, at 21, Chloe Madeley is an adult who has a right to hold her own opinions and make her own choices in life.

Supporting from the sidelines

The fact is, many 21-year-olds will experiment with drugs – and there’s nothing we, as parents, can do to stop this unless we want to keep them constantly under lock and key.

There comes a time when our children grow up that we have to stand back and support them from the sidelines. This is why it’s vital to create an open line of communication with kids from a very early age, so they know they have our complete support if they’re in trouble.

And, in my experience, provided they have loving parents they can confide in, teens and early 20-somethings who dabble with drugs, nearly always grow up to be well-balanced and healthy 25-year-olds.

Be honest if you disapprove

This doesn’t mean we should ignore it when older children do something wrong – or fail to let our opinions be heard.

It’s still possible to keep a light but guiding arm on our children as they become young adults – the trick is not to scream and shout or attempt to lay down the law as this simply alienates them.

As Richard Madeley rightly said when asked if he’d made Chloe promise to stay away from drugs in future: “I’m not going to nail her head to the wall and say: ‘Sign here saying you will never ever in your life, on pain of death, have a toke on something’ because that’s stupid.”

Of course you have the right to let your grown-up kids know you don’t approve of what they’re doing but it’s best done in a calm way and with the proviso that you’ll always be there to support them regardless.