Thursday, 1 December 2022
You are here: Home Michael Douglas comes out in favor of marijuana legalization

Washington, May 2 (ANI): Hollywood actor Michael Douglas has urged American government to legalize the use of marijuana.

Michael is of the opinion that there would be no violence if countrymen can smoke freely, unlike the violence incited by Prohibition. 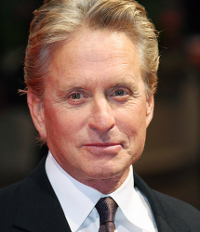 “I’m questioning it. We’re trying to get a lot of money for health and education and I’m wondering… you look at these gangs, and I look back at Prohibition. When we didn’t allow alcohol, what did we have? We had gangs. We had big gangs. It’s something that needs to be discussed a little more. It’s an economic issue and a violence issue,” Michael added. (ANI)