Cannabis activists hope to work with Green Party politicians to lobby for a change to the law, Brighton’s first cannabis club meeting heard.

The legalisation campaigners will hold a Green Pride march and demonstration in Brighton and Hove this summer.

They also want to find sympathetic venues in the “liberal city” that will allow advocates to smoke and socialise in private. 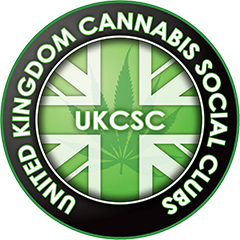 Advertising the meeting, the United Kingdom Cannabis Social Clubs website said: “Things have been slow in the last decade and it is time there was a new push in one of the country’s most liberal and tolerating places.”

About 30 people gathered at The Hobgoblin pub, in York Place, yesterday for the first public meeting organised by Brighton Cannabis Club.

The group is part of a network of some 50 clubs across the country calling for an end to prohibition, following in the footsteps of Colorado, USA.

Clark French, southern regional manager of the UK Cannabis Club, said: “We really feel that Brighton is a place to gather support.

“It is a liberal city with the only Green council and Green MP and we think we can work with them and get things moving.”