MANALI: The 382 families of Malana are facing the double whammy of having lost their main source of income following the police’s cannabis-eradication campaign of the past three years and being hit by a fall in the number of tourists — who visit this Himachal village for its famed charas.

With the police tightening the screws on the cultivation of cannabis, many villagers have started moving out in search of an income. They say the climate in Malana is not favourable for other crops and they have been deprived of income sources due to the government’s apathy. 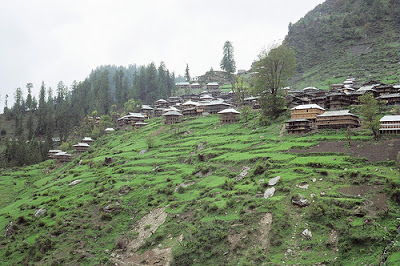 “Maharaj, bhookhe marne re dhiade aaye (The situation of starvation is near),” says Paras Ram, a villager, adding that Malana is going through such an acute financial crunch for the first time in many years. “The nation treats us as if we are a separate country. Police, administration and everybody else is after our cannabis plants. We are tired of requesting the government to look into our basic problems and generate sources of income,” he said.

Residents say this year they saw a big decline in the number of foreign tourists, who usually visit Malana for the “best” charas in the world.

“People say we are criminals,” said Budh Ram, a resident. “We need money to buy food, clothes and to educate our children. We don’t have money to buy essential commodities. Cannabis was the only source to generate money. Now foreigners, too, are maintaining a distance from our village.”

By Suresh Sharma
Read the full story at timesofindia.indiatimes.com