Two suspended US Border Patrol agents have each been sentenced to two years in prison for violating the rights of four suspected drug smugglers in Arizona by taking some of their clothing and force-feeding them marijuana.

Authorities said the two agents abused their law enforcement powers by humiliating the four suspected smugglers on November 12, 2008, while on patrol near the village of Pisinimo, on the western side of the Tohono O’odham Reservation. The suspected smugglers weren’t authorised to be in the country. 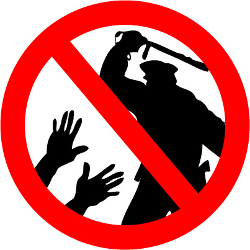 Prosecutors said Zuniga force-fed three of the men marijuana based on their answer to a question about whether they liked the drug.

Instead of arresting the men, Castillo and Zuniga ordered them to remove their shoes, socks and a layer of outer clothing and told them to return to Mexico in only their pants and T-shirts on a cold night. Castillo also started a fire and put the removed clothing and the men’s food on the fire, prosecutors said.

Zuniga was convicted of misdemeanor violations because the jury found he didn’t use fire during the encounter.

Castillo was convicted of felonies because he used fire in carrying out the abuse, prosecutors said.

Castillo’s attorney said in court papers that his client wasn’t motivated by animosity toward people who entered the country illegally, but rather acted overzealously based on his opposition to illegal drugs.

Zuniga’s lawyer said his client lost his composure and that the stress of having armed smugglers in the area at the time contributed to his behaviour.

Castillo and Zuniga were ordered to report to prison by January 14.