Judges in Malta have rejected an appeal by Welshman Daniel Holmes to get his ten-and-a-half year sentence for growing five cannabis plants reduced.

Despite the setback, Daniel and his family have vowed to continue fighting for his release and are considering their options  after Maltese judges refused to cut his sentence at Corradino Correctional Facility, near the island’s capital Valetta.

The 35-year-old admitted he felt he had been failed by the law. 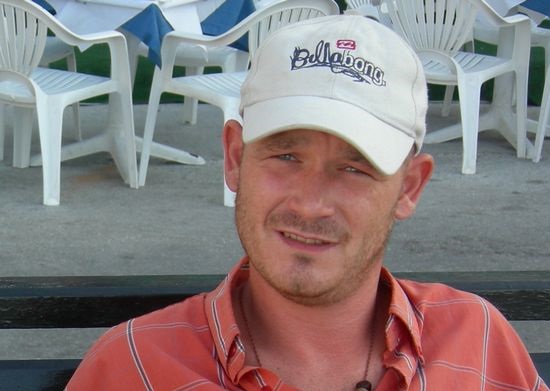 “I feel completely let down by the whole Maltese system,” he said.

Daniel’s mum Kate believed they had  had “a rough deal.”

“We are not prepared to let it drop and we are just deciding what is best to do.

“Whether that is to go to the constitutional court or the European Court of Human Rights, which I think it will have to come down to. 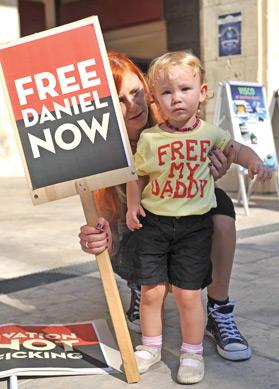 “In the meantime, Daniel’s wife and baby are out there.

“We are absolutely stunned. We tried not to hope too much but with the support we have had from the Maltese people, who had organised a demonstration and started a petition, we had a bit of hope.

His wife, Marzena, who lives in St Mellons, Cardiff, was in Malta this week with their daughter Rainbow.

She said: “It’s not the end. There are still many more options to come and hope for.”

She hoped he could be transferred to the UK soon.

The mum admitted Daniel was “not too happy” about the outcome of the appeal but that he was “doing OK.”

His dad Mel believed his long sentence was imposed because his son was a foreigner.

“Any Maltese accused of similar crimes appear to be getting much lower sentences,” he said.

He said his son was bearing up. “He’s strong,” Mel said.

“He has learned that. He had some very good advice early on from a man we met through Prisoners Abroad who was in prison for 22 years.”

The ex-prisoner told him: “Use the time, don’t let it use you.”

“He uses the gym and he is learning Polish. His daughter has been over there and he has been able to talk to her, mostly in Polish, but also in English.

“Marzena is suffering the most. When Rainbow visited the waiting room, she said, ‘Can daddy come with us now?’”

The couple will now consult with lawyers to find the best way forward.

“We are going to see Daniel soon and approach it from a new direction,” Mel said.

“We are suffering but we are some of the lucky ones in many ways. We do have some savings,” Mel, who lives in Risca, Caerphilly, said.

Daniel was arrested in 2006 for growing cannabis weighing about 1kg – including the roots and stems – with his English flat-mate, Barry Lee.

Malta’s laws make no distinction between cultivating and trafficking and the authorities threw the book at the pair. Barry, 44, was found hanged in prison in 2010.

In November 2011, Daniel – who has always said the drug was for personal use only – pleaded guilty in the hope of receiving a lesser sentence, but was jailed for 10-and-a-half-years.