Wednesday, 19 January 2022
You are here: Home In Memoriam: Jenny Kush

There is no doubt that Jenny Kush was a bright and still-ascending star in the sky of cannabis activism. By the age of 34, Jenny had co-founded Moms For Marijuana International, was the host of her own weekly show SexPot on iCannabis Radio, campaigned tirelessly for wider access to medicinal marijuana and was one of her native Denver’s most outspoken and well-known cannabis activists. One of the campaign points of Moms For Marijuana – the fallacy that cannabis is as dangerous, if not more so, than alcohol – was underscored in the most tragic way by her death on August 31st, 2013 at the hands of a drunk driver. 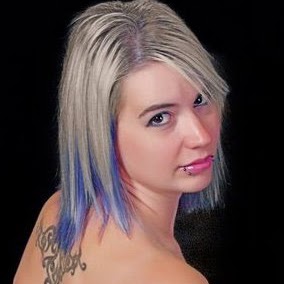 The global and local Colorado cannabis community reacted with shock and deep sadness to the news of the senseless death of this bright young woman, which leaves her four children without a mother, her partner (who was driving the car, and suffered serious injuries) without his soulmate, and her many friends and supporters without her passion, dedication, infectious laugh and enthusiasm for life. It is certain that she would have continued to accomplish great things, especially given the recent change in Colorado legislation that finally legalized both recreational and medicinal cannabis use. Jenny was one of the people responsible for that change, a committed campaigner who took part in protests at least once a month to liberate first medicinal cannabis, then recreational cannabis, and finally the victims of the War On Drugs who had been incarcerated for cannabis crimes.

Tributes poured in on social media platforms and appeared on many major cannabis blogs around the world, and an evening of remembrance was organized in Denver on September the 4th with friends and acquaintances urged to dress in attire that reminded them of Jenny – “rainbows, unicorns, purple or anything else that brings a smile to your face when you think of her”. In addition to her cannabis related work, Jenny was a talented artist and dessert chef. “She shone brighter than pretty much anyone”, said her boyfriend Jeremy dePinto.  A close friend who had spoken to her only a short while before the fatal crash said that he would try to put his anger at the drunk driver aside and concentrate on celebrating her life – “It’s how she would want to be remembered”.

The driver of the other vehicle, which was travelling the wrong way, has previously been arrested for driving under the influence and has been charged with vehicular homicide. Fatal traffic accidents involving drivers who have been drinking alcohol cause an average of one death every 48 minutes in the USA. Significantly, a study from 2011 shows that states which have legalized medicinal cannabis have seen a drop in fatal car crashes of 9%, largely due to a decline in drunk driving. Ironically, this is a statistic that Jenny Kush was probably aware of.