Friday, 3 February 2023
You are here: Home ‘Cannabis is not a drug’: Spain’s anti-drug czar

Araceli Manjón, currently General Secretary of Madrid’s prestigious Computense University, made the comments while speaking at Expocannabis Hemp Festival 2013, an event for growers and users of cannabis and hemp.

“Cannabis is not a drug,” she said, “and if it is, it can’t be compared with other drugs that are banned.”

Manjón declared that she “came out of the closet of drug prohibition to advocate regulation,” because of the failure of prohibition to reduce cannabis use, according to Spanish daily El Mundo. 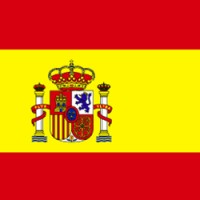 “The path of prohibition has only increased consumption,” she said.

She added: “I fought, convinced, for many years, in support of the ban only to finally realize that it was not the solution.”

Speaking about a future where cannabis was taxed and sold legally, she said, “To embark on the adventure of legalization it would seem appropriate to start with the least problematic drug, marijuana.”

Referring to the event at which she spoke, Manjón added: ”Oases of permissiveness like this would be unthinkable with drugs such as heroin.”

The 2013 event was the 9th annual Expocannabis festival, and the biggest to date.

Growing associations, cannabis social clubs and campaigners for the medical use of cannabis convened, according to organizer Carola Pérez, “To break the image and the stereotype of cannabis consumers.”

Spain’s cannabis laws are complicated and interpretation of them varies widely, including from region to region.

Growing cannabis for personal consumption is currently allowed but possession or use of the drug in public places is against the law, as is buying or selling either marijuana or hemp seeds.