Thursday, 6 October 2022
You are here: Home How does a Cannabis Social Club work?

A visit to Trekt Uw Plant in Antwerp

What was originally a small group of friends, has become a feasible alternative to the cannabis black market in the north of Belgium. Our guest author guides us through Antwerp’s cannabis social club. Belgium legalised the possession and use of small amounts of cannabis for personal use a decade ago. Since that time, smokers can not only carry up to 3 grams in public but can also legally grow one plant per person at home.

The cannabis social club is a feasible alternative tobuying weed illegally on the street, or visiting coffeeshops across theborder in the Netherlands. It has the potential to cut a chunk out ofthe black market and reduce crime rates, while promoting a more humaneapproach towards cannabis smokers. 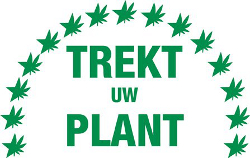 Belgium has a legally and responsibly operated Cannabis Social Club in Antwerp. What was originally a small group of friends and growers, joined together to provide safe shared access to good quality home-grown cannabis for members of the group, becoming today’s Trekt Uw Plant CSC (Cannabis Social Club), the most reliable means of access to top quality cannabis in Belgium.

One of the major goals of CSC is to prove that if we take away the black market through which most weed is currently sold globally, what is left is a relatively safe natural psychoactive herb. To fight for its existence, the non-profit organisation behind the CSC has fought and won several court cases. Furthermore, in order to demonstrate the accountability of their model, their book keeping and finances are completely transparent, and can be checked by anyone online.

I attended a CSC event in Antwerp, Belgium to observe this relaxed and legal atmosphere, where users are not targeted for persecution, and the focus is on safe access and harm reduction.

How does it work?

Joep and his friends run the Trekt Uw Plant CSC, a non-profit organisation which grows cannabis for those who can’t grow it at home but don’t want to travel across the border to buy it from Dutch coffeeshops.

After a meet and greet, Joep unlocks the entrance and members are asked to sign in, while I identify myself as an observer. Despite being busy running the event, Joep is able to dedicate some time to leading me through the details.

He explains that this event is called “exchanging varieties”, where members exchange different strains of cannabis, as they are only allowed to possess one plant per person. This method allows them to exchange an equal amount of their produce for another. Events like this also provide members with the opportunity to get to know one another in a friendly setting.

Joep shows me the main room where 25-30 people are sitting around tables. It looks a lot like a tavern, except for the occasional joint being rolled and lit.

I sit down at the back while Joep reads out names from a list. People go up to him one by one to receive their produce, packaged in two transparent baggies. The average age of people in the room is 35, with the youngest members aged about 25.

The man next to me has been a member of TUP for a year and joined because he doesn’t have space to grow at home. Without this option, he would have to waste his money on frequent trips to the Netherlands to buy a much smaller amount. TUP provides him with a fixed amount every other month and what’s more, it is guaranteed to be top quality.

After rolling a joint, I try to pass it to my left as smoking ethics dictates, but the man waves it off with a ‘thank you’, telling me he can’t smoke as he’s driving home. I turn to a member on my right and ask him if he is driving too. He smiles and says no, he can smoke, so I start talking to him.

He has been a member of TUP for only a couple of months. The reason he doesn`t grow at home is because he has children under 18. TUP provides him with organically grown cannabis, less expensive than frequent trips to Dutch coffee shops. The savings he makes, he spends on his children.

The more members I talk to, the clearer the pattern becomes. Trekt Uw Plant saves these people several hours’ worth of travel a week, and a vast amount of money they would otherwise have to invest in fuel or train tickets. What’s more, by ensuring they don’t travel over to Holland, the CSC effectively reduces drug tourism, and undercuts street dealers, giving these people the opportunity for contact with someone sufficiently experience to take care of their plants.

When all the members have received their baggies, I join Joep at the main table to ask to see the plants. He tells me it’s not possible right now and I nod my understanding – despite the overwhelmingly positive attitude, they still need to take certain precautions, to keep things running safely. He is, however, happy to answer my questions about TUP. Trekt Uw Plant currently has just 289 members. This is mostly due to a lack of space for growing. They only have the capacity to supply 289 people, but the number of people who would like to register is at least double that. Their service is only available to Belgian residents.

At present they employ two people, have several volunteers, and work with 22 growers. These numbers are expected to rise in the near future. In order to be able to to meet the demands of the growing base of members, they will be employing five staff and working with at least 30 growers. This means TUP is actually able to create jobs at a time of economic recession! Registration can be done online, but all new members have to go through a recruitment interview at the TUP office.

Joep lets me have a look at one of the baggies a member would have received. On close inspection it is about 28 grams of trimmed, dried and cured bud, attached to another baggie containing the trimmings and other plant material. It has a label on it saying what strain it is and some other useful information.

As the event comes to a close, I realise that my experience conflicts with most official views about cannabis smokers. These people are responsible adults who happen to enjoy smoking weed recreationally, or use it for medical reasons. They have families, they pay their bills, and if you saw them on the street you probably wouldn’t be able to tell them apart from the rest of the crowd. They are living proof that Cannabis Social Clubs can legally exist and add value to any society, while reducing crime in areas where illegal street deals would otherwise dominate. Anyone who says that smoking pot leads to criminal behavior needs to experience a Cannabis Social Club first and have a re-think.

Please note that our guest authors’ opinions are their own, and do not necessarily reflect the position of HCLU