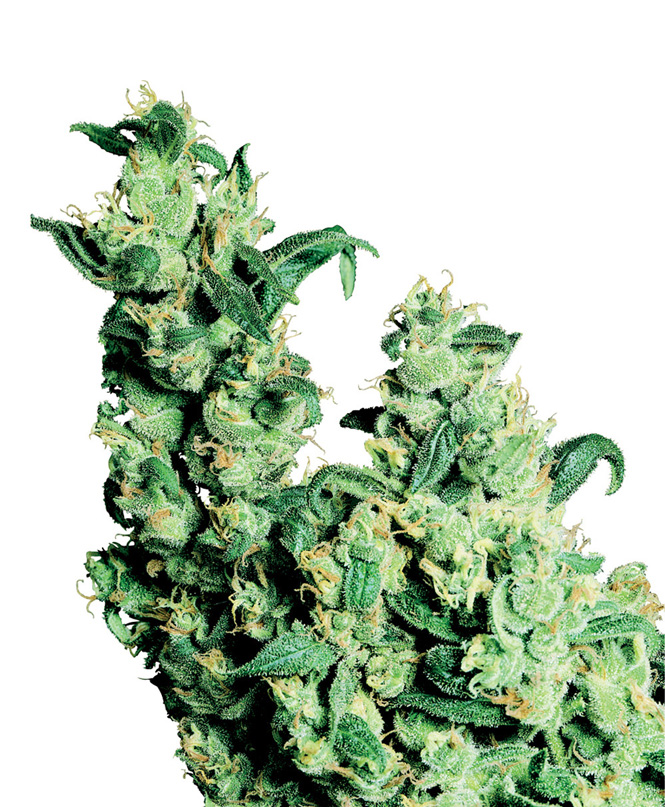 The cream of the crop and perhaps the most exquisite ganja that enthusiasts will ever encounter, Jack Herer® ranks as the most awarded variety in the history of harvest festivals

Nine awards and counting could reasonably be the pinnacle of recognition for any strain, yet Jack Herer® succeeds in going a step further and bears the distinction of being distributed under prescription by Dutch pharmacies as a recognised medicinal strain of cannabis.

Sensi’s champagne of strains is named in honour of Jack Herer, author of The Emperor Wears No Clothes. Thanks to his landmark book and tireless activism throughout his life, Jack Herer can be given most of the credit for reminding the world that cannabis in all its forms has always been one of humankind’s most valuable resources.

The sublime blend of tropical Sativa high and monstrous Indica resin production captured in Jack Herer® must be seen and sampled to be believed. At their peak, buds are so thickly smothered with potent trichomes that they appear sugar-frosted and sparkling. This crystal-coating extends to spear-leaves, fan leaves and even to Jack’s stems and stalks.

Smokers should be prepared to feel the earth move beneath their feet – which can be a very pleasant feeling when your head is soaring in the clouds.