Four-twenty, 4-20, or 4:20 are numbers, dates and times that are known in cannabis culture as the “insiders” codeword to smoke a joint. Originally this stems from a group of students in the U.S.A. who met daily at 4:20 PM after school to smoke a joint together. Slowly this story spread among the other marijuana smokers at that school. Ultimately the cannabis media got wind of it, and also began to use it as such. 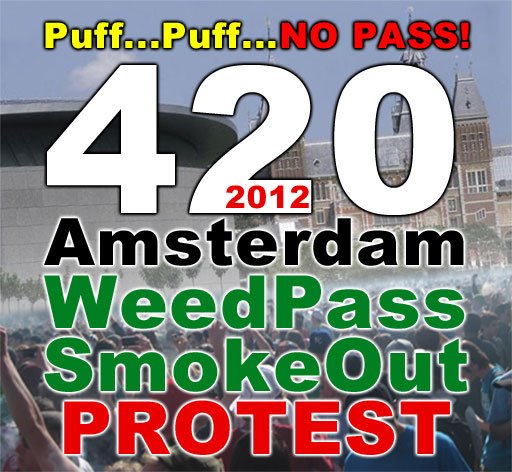 This is how 4-20, the date April 20th, and 4:20 PM became the time when many cannabis users gather in groups in parks and universities to peacefully smoke a joint. These kinds of opportunities are called “Smoke-Outs”.

In spite of their genial and friendly form, all these smoke-outs have the same message: “STOP the repression and criminalization of cannabis users”.

These kinds of smoke-outs are also held in places where cannabis use is prohibited, such as, among other places, many universities in the U.S.A. The police don’t usually take any action at these gatherings unless there is selling going on. Everyone brings his own joint.

For all the info on the Amsterdam 420 Smokeout click here