Thursday, 27 January 2022
You are here: Home Nimbin MardiGrass 2012 inspired by the Occupy movement

MardiGrass plans are up and running but it will be different this year! The MOB (MardiGrass Organising Body) was asked if the annual event was a protest or a festival by the Lismore Mayoress no less. We were in no doubt about the answer and in fact this year the protest rally for cannabis law reform reverses its recent direction and will start in Peace Park and finish at the Police Station.

All the favourite events will reappear and many of our previous popular speakers are confirmed, including Dr Alex Wodak, Professor Paul Wilson, and Dr Bob Melamede from USA.

New in the 2012 program, thanks to the outlawing of bongs, is a Rubbish Bong Race where contestants have to make a bong from whatever they can find, and show it works. We’re also excited to announce the MardiGrass Skatejam which is already generating national interest. 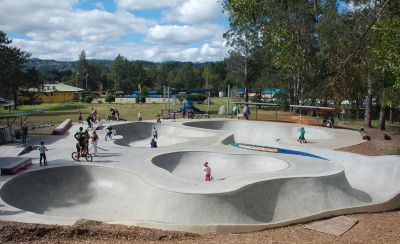 There will be changes but nothing is written in ink yet and we are still negotiating with Lismore Council over details. Sibley Street may not be closed and the glorious new skate park has halved the traditional HEMP Olympix Arena, but the real point of MardiGrass – Cannabis Law Reform – remains more real than ever.

The helicopters have been buzzing the area recently and if we needed reminding that the drug war steams on unabated, the chopper crew did a good job.

Because it’s the twentieth MardiGrass – believe it or not! – we are looking to do a re-enactment of Bob Hopkins now infamous ‘surrender’ at the Police Station in May 1993. This time we expect a mass surrender and everyone is asked to bring a white flag. There are other symbols people may prefer to bring …like a towel, a rubber toothbush, a joint, plant or bong, soap on a rope!

“War is over if you want it”, said John and Yoko, and we certainly want it to be over. The meetings have been unanimous in wanting to bring back the seriousness of how much cannabis prohibition stuffs up peoples lives so unnecessarily.

We begin our protest this year on Tuesday the first of May, with Occupy Lismore Court House, where so many lives are disrupted by the drug war, before we proceed to the Police Station (next door!), then to Federal MP Janelle Saffins Office, and finally local NSW MP Thomas Georges Office.

Letters will be delivered to the politicians asking for change on the cannabis laws, asking them to have another look at these laws and what effect they have on the community. Do they really believe that we are criminals? NO.

Why is Australia being left behind on drug law reform? The Greens seem spooked by the matter even though it is a social justice issue of paramount importance. Under our present antiquated political system, if the Prime Minister said, ‘let’s trial medical cannabis’, the opposition would hysterically scream, ‘she wants to give away heroin’. The madness emanating from government and media over this issue is no different from the attitudes of the 1950s!

We need leaders with vision to sit in a circle and examine the facts and make decisions that are good for society. Good for happiness levels! We are still competing with each other like animals, when to make things better, we need to co-operate…like smart animals!

Tickets for MardiGrass are for sale on the website……www.nimbinmardigrass.com and we recommend you purchase now if you want a campsite. The 2012 draft program will keep changing.

Check out the video from Mardigrass 2011

This year we are looking for some special skills amongst our volunteers – particularly local volunteers – Traffic Controllers will be treated like gold, Jungle Patrol will again provide their exemplary service and needs local members in particular, as does CLOG the Civil Liberties Observer Group.

We always need and love artists and painters, experienced camera operators, cooks and kitchen hands, Bud Babes [both men and women] and Ganja Faeries who we can trust to collect donations. Volunteer coordinators are needed and anyone with Woodford experience could be handy. There is a message book in the Embassy where you can write down your contact details etc, or phone 66891842 or email webhead@hempembassy.net.

MOB (MardiGrass Organising Body) meetings are on the back verandah of the HEMP Embassy every Friday now from 5 pm, and everyone is welcome. If you have an event or something you want to see happen, let us know sooner rather than later.

2012 May 5th and 6th
www.nimbinmardigrass.com