A British drug company, GW Pharma Limited, which had filed an application with the European Patent Office (EPO) to patent bhang for its properties to treat cough and bronchitis , has withdrawn its application following objections by Indian authorities. 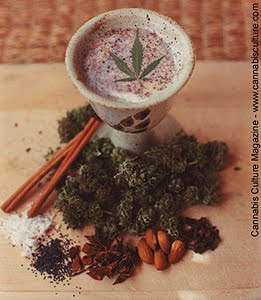 Cannabis sativa – as bhang is called in botanical jargon – has been known to Indians for centuries and its medicinal properties are detailed in Ayurvedic and Unani texts. The Traditional Knowledge Digital Library (TKDL) provided the evidence to EPO which accepted the same, according to TKDL director V.K. Gupta.

The bhang case is one of about 400 contentious cases in which TKDL has challenged patent applications based on Indian herbs, fruits and spices. In several cases, companies withdraw applications when presented with evidence of “prior knowledge” or the EPO rejects their applications. In a couple of cases, the patents granted have been set aside.

Now, the government plans to open up one per cent of the traditional knowledge documented in TKDL for making new drug molecules, officials disclosed at an international conference on Tuesday. Already promising leads exist for developing drugs for tuberculosis and malaria.

“Several countries have shown interest in replicating the TKDL experience and help would be provided to other developing countries in this regard,” science and technology minister Pawan Kumar Bansal said. “We have come a long way since the days of neem and haldi patents. Then it took 10 years and a million dollars to fight neem-related patents. Now it costs nothing, and takes just a few weeks or months to challenge and win a case,” Gupta pointed out.