NEW X-ray technology that can reveal drug smugglers’ internal cavities will be trialled at airports under a plan to fast-track security searches. 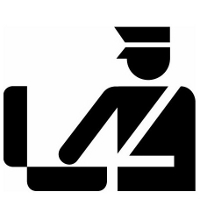 Legislation before Federal Parliament would enable customs officers to use new body scanners instead of sending suspects to hospital for internal X-rays ordered by a doctor.

More than 200 people were taken to hospital for internal searches, with almost 50 found to have drugs in their bodies.

Drug couriers captured by Australian authorities at airports last year were carrying a total of 27kg of drugs.

“The option of an internal body scan will more quickly exonerate the innocent and ensure a minimum of delay for legitimate travellers,” Mr O’Connor said.

He said the new X-rays would be used only if suspects agreed to undergo scans.

Mr O’Connor said people carrying drugs inside their bodies could die if bags split or leak, so it was important to check as soon as possible.

Specially trained customs officers would be authorised to screen the alleged smugglers.

Under current laws, an internal X-ray scan can only be done by a doctor at a hospital or surgery centre.

The proposed trial would start later this year, at a date to be set if legislation passes both Houses of parliament.

Mr O’Connor said he understood privacy concerns in relation to internal X-ray use, and the technology would only be used with strict controls, including destruction controls.

There would also be exemptions for pregnant women, people with mental impairments and those under 18.