Friday, 3 February 2023
You are here: Home Confessions of a cannabis eater

High Society, an exhibition newly mounted by the Wellcome Collection, is not (as anyone of my generation might suppose) a celebration of the work of Sinatra, Crosby and Grace Kelly , but a serious examination of the drugs known over the past ten millennia or so to have enhanced or modified the moods of man. Separated not only by the reach of time to ancient Assyria, Ninevah and Babylon, to ancient Greece and medieval Europe, but by such great oceans and transcontinental distances that they were all but literally worlds apart, a thousand cultures primitive and worldly-wise have turned to drugs for comfort, consolation and repose, for the enjoyment of collective intoxication, for the relief of pain and for the effects of heightened perception that may enhance the visionary powers of the writer and the artist. All these and other aspects of our many drug cultures are coolly examined in the exhibition, but in the end the curators ask of all drugs only the too simple question first asked of drunkenness in 1884 by Dr Norman Kerr, founder of the Society for the Study of Inebriety: “Is it a sin, a crime, a vice or a disease?” 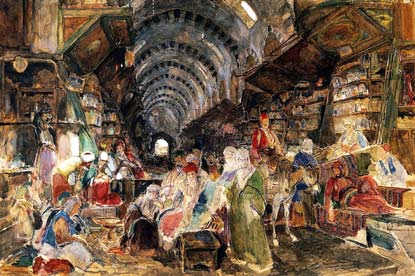 So simple a question, each part of it defining alcohol as deplorable, is too naive for the infinitely broad spectrum of other mood-changing substances. I am intrigued by two related questions. At what point does the habit or custom of consumption become addiction? And what is the mechanism that in some of us successfully prevents our passing it and losing control, but in others seems entirely absent? Addiction, by its very nature, cannot be a sin, crime, vice or disease; it can, by church or state, be declared any or all of these in order to bring its consequences under moral or legal control, but that does not mean that church and state are right. The fundamental issue is that we seem not yet to know or understand quite what addiction is. We recognise it when we see it in action and vilify the instrument, but show no interest in the need. Is addiction related to nature or nurture? Is it inherited by family strain? Is it, in our society, the consequence of peer pressure? Has it, in primitive societies, the commanding authority of collective custom? Has man, no matter which his present circumstance, inherited from our primeval ancestors a need to be dependent? If primeval need is part of our nature, then everything we have so far done in recent decades to destroy the drugs markets has been a wasted effort and we must think again.

Drug taking may not seem to have much to do with art – and in truth that is the case – but the exhibition touches on the business in a handful of exhibits. Of these the most startling is Morphinomane, a lithograph that at first glance could be mistaken for a Japanese woodblock print of, instead of the customary simpering Beauties of their trade, a manic geisha grimacing at the sharp stab of the syringe stuck in her thigh. It is, however, a disturbing example of late 19th-century Japonisme by Eugène Samuel Grasset, a now forgotten Swiss designer of posters once as famous as his contemporary Alphonse Mucha. She is a prostitute and the injection of morphine steadies her for the demands of her next client.

To the art historian accustomed to the meticulous attention to detail affected by John Frederick Lewis, the refinement of his tiny brushstrokes, the ever-increasing intricacy, “the stern precision … (and) completeness of finish to the utmost corners of his canvas” — as John Ruskin put it, gathering him to the bosom of the Pre-Raphaelites in 1851 — his Drug Bazaar, Constantinople must be astonishing. Did Ruskin know of this big watercolour painted a year or perhaps a decade earlier (the Wellcome curators give conflicting dates)? It is so loose and free and broad-brush as to resemble more the approach of Delacroix, whose path Lewis had almost certainly crossed earlier in his travels; it gives the impression of a rapid and immediate under-drawing to which most refining work has still to be done, but this it cannot be, for his characteristic watercolours (sold in his day for as much as a thousand guineas) were always as clean and clear on the white paper as were the paintings of Holbein that he so much admired for their even finish. Could it have been so broadly painted because he worked on it under the influence of one of the drugs available in that very part of the Grand Bazaar?

Richard Hamilton’s Swingeing London is the only other significant work of art in the exhibition. Quite certainly executed with a cool head, this record — or rather memorial — of Mick Jagger’s arrest for possession of pep pills is, all these years later, still icily effective, the refinement of its execution hinting at an exquisitely subversive mind.

Of the two examples of a work produced under the influence of drugs, one is not by an artist, but by Jean-Martin Charcot, the eminent neurologist, when a student experimenting with hashish. He experienced, he claimed, “a tumult of phantasmagoric visions” but the crowded sheet on which he reproduced them in pen and ink could be mistaken for the doodles of almost any book illustrator, French or English, in the mid-19th century. For a mere doctor, the sketches are remarkably accomplished (dare one suggest heavily influenced by newspapers and magazines?), the “visions” as violent, humorous and mildly sexual as though deliberately conceived as an illustration of madness for Punch by, for example, young George du Maurier. What really happens with pen and ink under the influence of, in this case, mescaline, is demonstrated by one of Henri Michaux’s frantic scribbles in 1958 — a dense abstract confusion of tiny marks representing nothing. Perhaps the net should have been thrown wider over the artists of the later 20th century — I can think of a dozen famous artists whose works suggest the consumption of mind-addling drugs.

It is on writers rather than painters that, according to this exhibition, drugs have exercised powerful influence, but the books and manuscripts on view have scant aesthetic interest and serve only as reminders of what, surely, we already knew — that the authors influenced were Coleridge, De Quincey and Conan Doyle, Gautier and Baudelaire, and in our lifetimes Aldous Huxley and William Burroughs. This last is not included, but of him my recollection was jolted by another exhibit, Mr Burroughs in Morocco, an article by Silas Burroughs in 1892. This earlier Burroughs, a teetotaller, “took a few whiffs of the hashish-pipe and appeared to have been instantly carried off into the seventh heaven …”

I know exactly how old Silas felt — as I, a non-smoker, felt some years ago in Constantinople: the hashish hit me as hard and fast as a tumbler of neat gin.

For me, the exhibition was an hour of happy nostalgia. I recalled the root cores of lettuce given me for toothache as a child (they contained a trace of laudanum), the cherry brandy that was then my sleeping draught, Dr Collis Brown’s Chlorodyne from which I occasionally took an unnecessary swig. Back swept the memories of my cannabis years when we not only smoked it but ate it as a salad vegetable, chopped it into goulash and baked it in cakes. As clearly as though I had a record of it on a compact disc, I saw myself taking LSD for the first time and the gentle wonders I then beheld. I recalled long evenings in Warhol’s Factory, whither we had gone in search of sex, but they ended with us all in helpless heaps beached on the banks of Lethe. I remember the pleasures of the Balkan Sobranie cigarette I smoked as a squaddy, the small cigar I took to as a solitary traveller, the wines of Haute-Savoie, pink gin and Bloody Mary. To none of these did I become addicted, all of which I could take or leave at will — but I am hooked on caffeine. Again I can recall every detail of the time and place of my drinking my first espresso, sixty-five years ago and I have ever since been hooked on coffee. I cannot function without it. I overdose on it and then, deprived, experience the shakes, shivers and nausea of withdrawal — but were it ever declared illegal, I’d break the law for it.

Sin? Crime? Vice? Disease? Addictive dependence is, I am certain, none of these. I suspect that we all depend on something — not necessarily a drug but perhaps a ritual, a discipline, an essential order in which we perform things as simple as washing dishes or preparing for bed if we are to get through the day. Is that sort of dependency a sin? Is a child not to have, hold and hug his teddy bear? This exhibition is a dispassionate examination of our relationship with drugs; it delves into history and practice, permission and repression; it raises the overwhelming problem of today’s illicit trade in drugs — big enough, were our political masters bold enough to take control of it, market it and tax it, to solve the world’s financial problems and bring wars to an end. It does not preach. It offers no solutions. It asks, discreetly, that we reconsider our position.