Wednesday, 6 July 2022
You are here: Home Cannabis drought in Israel and Egypt

Egyptians and Israelis might have more in common than they think, at least in one department: dope.

Last week, the Times Online reported a shortage of hashish in Egypt, where a government crackdown has resulted in a dry spell that has driven prices up and users to distraction. 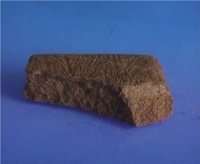 Funny, the same thing seems to be happening in Israel. The Hebrew daily Maariv reported that prices for the same favorite have doubled in recent months and hashish is nearly nowhere to be found. Users complain that these days, they are forced to shell out three and four times as much for lab-grown marijuana.

The reason for the neighbors’ shortage, said the Times Online, was a government crackdown. In Israel too, authorities have taken matters into their own hands. The establishment of three special police units at Israel’s southern and northern borders as well as its international airport have brought a 30% increase in the number of big drug busts. Police say they are now noting a change in trends; importers are getting creative and drugs frowned upon and considered inferior by the local market, such as opium, are making a comeback.

Doctors as well as suppliers of medical marijuana report that rising numbers of legitimate patients and the shortage of street stuff are causing confrontations and altercations on a daily basis. Recent threats have prompted the police to issue security and escort regulations for medical marijuana transports.

According to Israel’s Anti-Drug Authority, an estimated 110 tons of marijuana and hashish make it into Israel every year, most of it courtesy of business efforts from its neighbors, Egypt, Lebanon and Jordan. Israel’s border with Lebanon is marked and patrolled more closely than the long ones it maintains more laxly with its peaceful neighbors, but drugs come in from all three, and Israel is considered a transit state for some of the region’s drugs that pass through it on the way to its next stops.

One reader left a comment to the Israeli media report accusing the Israeli police of taking credit for the shortage that he said was fallout from the situation in Egypt. Elsewhere, commenters suggested Israeli leaders should learn to chill out and bemoaned the failure of the legalize-cannabis party Green Leaf to make it into parliament last year. And the Times Online story did suggest that Egyptian President Anwar Sadat had more in that pipe of his than just peace.

Whether the shortages are connected or not, people on both sides of the Israeli-Egyptian border are sharing a joint predicament.

By – Batsheva Sobelman in Jerusalem