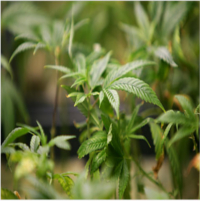 According to the company, which specializes in cannabis research and development for medical purposes, the world may have at its disposal a means of combating the affects of this deadly disease.

Dr. Robert J. Melamede, Director and Chief Science Officer for CSI reports, “Research into use of whole cannabis extracts and multi-cannabinoid compounds has provided the scientific rationale for medical marijuana’s efficacy in treating some of the most troubling diseases mankind now faces, including infectious diseases such as the flu and HIV, autoimmune diseases such as ALS (Lou Gehrig’s Disease), multiple sclerosis, arthritis, and diabetes, neurological conditions such as Alzheimer’s, stroke and brain injury, as well as numerous forms of cancer.”

Upon hearing that WHO had elevated the swine flu to pandemic status, CSI’s CEO Steve Kubby said, “Governments all over the world ought to seriously consider the advantages of medical cannabis.”

On Wednesday, WHO said 74 countries had reported nearly 27,737 cases of swine flu, including 141 deaths. There are over 90 confirmed cases in the United States, with reports of infections in 11 states, and one U.S. fatality, a 23 month old child in Texas. Symptoms include a high fever, body aches, coughing, sore throat and severe respiratory congestion.

Chief Science Officer for CSI Dr. Melamede believes the potential for cannabinoids that naturally prevent excessive inflammatory immune responses is enormous. He stated, “Based upon recent discoveries regarding the role that endocannabinoid system plays in maintaining human health, we may have a unique solution to the looming threat posed by deadly influenza strains that we believe, if implemented, could save millions of lives.”