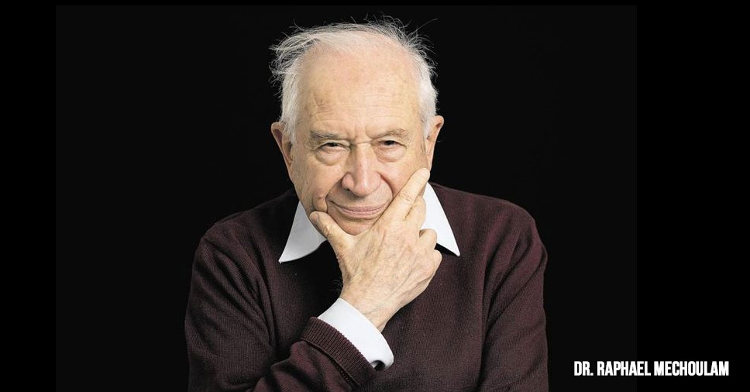 The documentary tells the story from his early days as a child of the Holocaust in Bulgaria, through his immigration to Israel, and his career as the chief investigator into the chemistry and biology of the world’s most misunderstood plant.

In 1964 Professor Raphael Mechoulam was on a public bus carrying 5 kilos of premium Lebanese hashish in a plastic bag to his laboratory at the Weitzmann Institute in Rehovot. That noticeably fragrant bus ride turned out to be a fateful one, as Mechoulam used his haul to discover the psychoactive component in Cannabis, Tetrahydrocannabinol (THC). It was a discovery that had eluded scientists for decades.

Twenty years later, Mechoulam ascertained that THC interacts with the largest receptor system in the human body, the endocannabinoid system (ECS). He then found that the human brain produces its very own Cannabis – a chemical that they named anandamide after the Sanskrit word ananda, “bliss”.