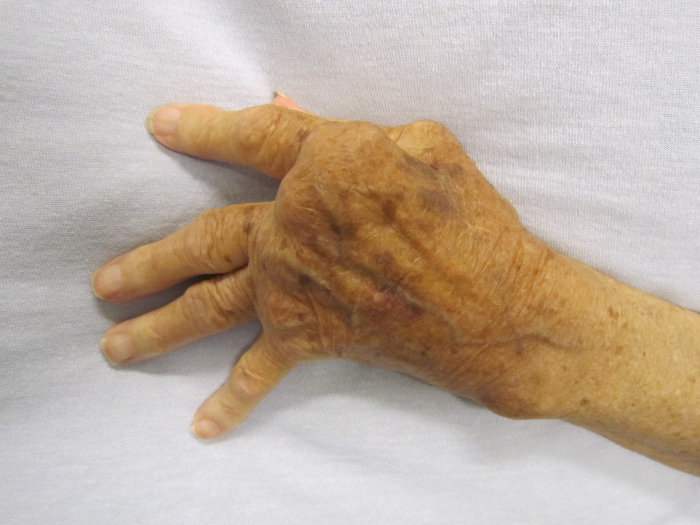 As the greying of America occurs, more and more baby boomers are retiring, and the country is facing a deluge of health-related costs from its aging population.

Chief among those costs is the burden of treating chronic arthritis — a painful, common joint disease for which there is no cure and limited treatment options.

But the greying of America is coinciding with a revolution in the understanding of how medical cannabis works on arthritis pain.

There is a large body of both pre-clinical and patient-reported support for the use of cannabinoid therapy for both rheumatoid arthritis and osteoarthritis. A few clinical trials also exist. The active ingredients in marijuana —“cannabinoids” like THC and CBD — work to suppress immune system over-activity, and this type of over-activity causes the inflammation and pain of rheumatoid arthritis.

Osteoarthritis is a degenerative joint disease associated with cartilage degradation resulting in multiple forms of pain including neuropathic pain — one of cannabinoids’ chief indications.

Yet 3 out of 4 doctors know almost nothing about the use of cannabinoids for arthritis. It’s not taught in medical school.

However, medical marijuana laws are on the books in 35 U.S. states and patients are taking control of their health by self-educating, and seeking out cannabis-specialized clinicians who can recommend them the botanical.

“Arthritis pain is reported as one of the most common reasons for persons using medical herbal cannabis in North America,” a 2014 study found. “‘Severe arthritis’ is the condition justifying legal use of cannabis in over half of all authorizations in Canada.”

Patients are accessing cannabinoids for arthritis pain through a variety of sources: they’re smoking or vaporizing raw cannabis flowers high in THC and CBD to get fast-acting, body-wide relief from arthritis pain. They’re also ingesting cannabinoids in the form of infused foods and tinctures. This method is slower-acting than smoking, but longer-lasting with more intense physical rather than psychological effects. They’re also using topical ointments rich in a broad spectrum of cannabinoids that are rubbed directly onto sore joints for relief.

By David Downs
Read the full story at blog.sfgate.com