Friday, 3 February 2023
You are here: Home July 1: Possession and Home Cultivation of Marijuana Becomes Legal in Oregon for Adults 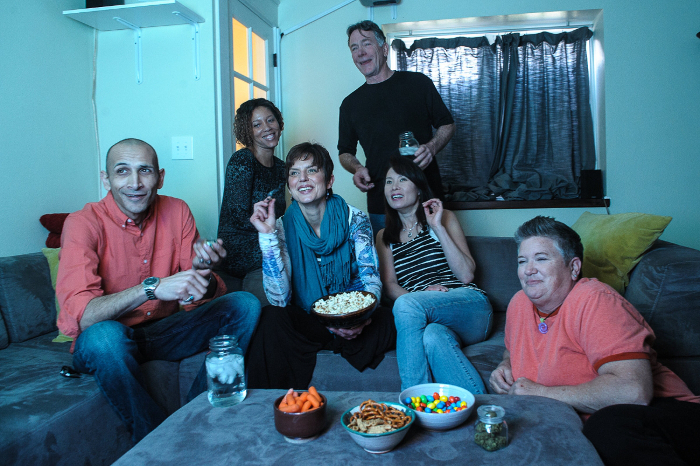 Beginning July 1st, adults 21 and older will be able to legally possess up to 8 ounces of marijuana in their home and up to 1 ounce of marijuana outside their home. Adults may also grow up to four plants as long as they are out of public view. The regulatory structure allowing for commercial retail sales is still in the works and will not be implemented until next year.

Oregon voters passed Measure 91 last November with 56% support. In 2012, Colorado and Washington became the first two U.S. states – and the first two jurisdictions in the world – to approve ending marijuana prohibition and legally regulating marijuana production, distribution and sales.  In the 2014 election, Alaska and Oregon followed suit, while Washington D.C. passed a more limited measure that legalized possession and home cultivation of marijuana but did not address its taxation and sale due to D.C. law.  Alaska’s law started to take effect earlier than Oregon’s, with Alaska officially ending the criminalization of marijuana possession and cultivation in February. Thus Oregon is now the 4th U.S. state to begin implementing its marijuana legalization law.

Early reports from Colorado and Washington indicate that implementation efforts to tax and regulate marijuana have been largely successful. Tax revenues, economic output, and funds for youth education and prevention have significantly increased.  Meanwhile, violent crime rates and statewide traffic fatalities have fallen. While it is far too early to make definitive declarations about social trends, these are encouraging signs that have quelled the concerns of legalization opponents.

In 2012, more than 12,000 people were cited or arrested for the possession of marijuana in Oregon. In Oregon, black people are more than twice as likely to be arrested as white people, even though they use marijuana at similar rates.

“Marijuana prohibition has been a costly failure—to individuals, to communities, and to the state,” says Tamar Todd, Director of Marijuana Law and Policy at the Drug Policy Alliance. “Oregon is taking a smarter, more responsible approach to marijuana that ends the wasteful and racially disproportionate practice of arresting and citing people simply for possessing a small amount of marijuana.”

While possession and home cultivation will soon be legal in the state, commercial retail sales will not begin until next year. The Oregon Liquor Control Commission (OLCC), the state agency responsible for taxing, licensing, and regulating commercial recreational marijuana, will begin accepting applications next year and retail stores are not expected to open until late 2016. This is similar to the roll-out in both Washington and Colorado, where possession of marijuana became legal over a year before retail sales began. In the first year, court filings of marijuana charges dropped significantly in both Colorado and Washington. In Washington, there were 5,531 court filings for marijuana offenses in 2012, and that number dropped to 120 in 2013.

“The dramatic reduction in arrests in Washington and Colorado and associated savings for police and prosecutors will now be a reality in Oregon,” added Todd.

DPA was the single largest donor to Oregon’s Measure 91 campaign and was deeply involved in the measure’s drafting and on-the-ground campaign.  Voters in several states, including California, Massachusetts, Arizona, Ohio, Nevada and Maine, are expected to consider marijuana legalization initiatives at the ballot in 2015 and 2016.

As support for marijuana reform increases and attitudes shift, the Drug Policy Alliance is encouraging news outlets to use images that accurately reflect modern-day marijuana consumers and has released free, open-license stock photos and B-roll footage for editorial use.