A County Tyrone man who has a terminal brain tumour says he wants to be allowed to use cannabis oil that he believes will prolong his life.

Kieran McCrory, 37, from Omagh, has asked the health minister for help in highlighting his case.

It is illegal in the UK to use cannabis for medicinal purposes as it is a class B drug.

But a derivative from the drug is used in a spray for MS patients.

Last year, Mr McCrory had just married and was preparing to start a new life in Australia.

In October, without warning, he suffered a number of seizures. He was later diagnosed with a brain tumour.

Kieran has been told that he now has between three and five years left to live. 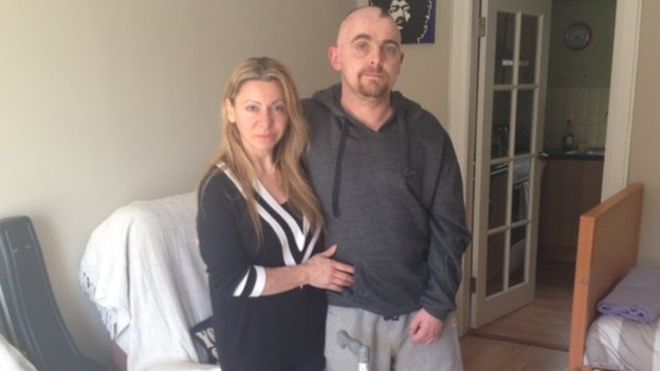 He has had brain surgery and radiation treatment but he believes the only thing that can prolong his life is cannabis oil.

“I’m not the same person. I can’t walk very far, when I go outside I’m in a wheelchair. My house is like a medical centre now,” he said.

“It’s so hard knowing that there is something out there that could help me prolong what I have left.

“I’m sick of being sick and tired of being tired. And I’m reading that cannabis oil could help, but I can’t get it.

“The medication I’m on now is strong anti-seizure medication. I want to get off that and get my own mind back.”

Kieran has a young daughter but is unable to see her unsupervised in case he has a seizure.

It is legal to use cannabis oil in a limited number of countries.

In the United States, 23 out of the country’s 50 states currently permit medical cannabis, with legislation pending in other states.

Kieran says he’s appealing to the health minister to help highlight his situation and he has written a letter to the department.

“Please listen to me. Even if we can just start a debate,” he said.

“We have to stand up and be adults. We can be responsible and talk about this.” 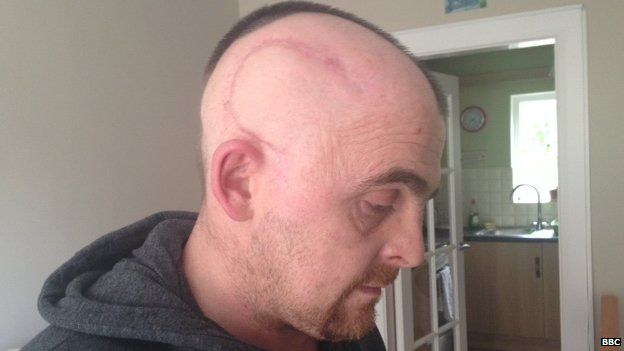 A department of health spokesman said: “The Medicines and Healthcare Products Regulatory Agency (MHRA) regulates medicines in the UK.

“The MHRA will only grant a marketing authorisation for a product once it is satisfied that it is safe, effective and of an acceptable quality for use in the UK.

“Licensing authority has not been provided for any other cannabis or cannabis-based product, and therefore they cannot be made available cancer treatment.”

The Home Office says the government has no plans to legalise cannabis or change its approach to its use as medicine.

“Cannabis is a controlled substance, but manufacturers can develop cannabis-based medicines under licence,” it said in a statement.

“We take an evidence-based approach to tackling the use and supply of drugs, and they are illegal where scientific and medical analysis has shown they are harmful to human health.”

Dr Kat Arney, Cancer Research UK’s science communications manager, said: “We know that cannabinoids – the active chemicals found in cannabis – can have a range of different effects on cancer cells grown in the lab and animal tumours.

“But at the moment there isn’t good evidence from clinical trials to prove that they can safely and effectively treat cancer in patients.

“Cancer Research UK is supporting clinical trials for treating cancer with cannabinoid-based drugs in order to gather solid data on whether they benefit people with cancer.”

Kieran says he firmly believes cannabis oil will give him the relief he needs.

“This shouldn’t be taboo. The issue needs to be talked about now for cancer patients.

“Northern Ireland needs to speak out.”