Recently there was a move towards decriminalization of small quantities of marijuana by the government of Mexico. 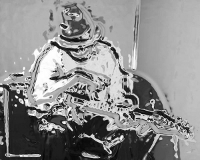 To some this seems like an absolute coup; the dream is becoming a reality.  The slow, staged legalization of marijuana has begun in North America!  A new day where the persecution of pot smokers ends has arrived, soon our crusade will be resolved!

This hardly seems like the case to me.  To begin with, Mexico is hardly a world leader in any respect.  The actions of their government don’t really draw all that much attention, this sudden decriminalization barely made a  dent in the press in the face of the much-overblown Swine Flu pandemic.  The fact that Mexico is currently embroiled in a near state of civil war with drug cartels gaining more power and control with each passing day is hardly press-worthy it seems.  Only a scant few news outlets are making a lot of noise on the subject.  That fact combined with the decriminalization is actually quite disturbing though.

Aside from the drugs the growing organized crime cartels in Mexico are selling, they are involved in all manner of other dirty business as well.  Arms smuggling, human trafficking and public corruption seem to top the list of activities for these increasingly powerful syndicates.  Drugs are but one source of income, and decriminalizing the end user isn’t going to limit their revenue any.  The only move that would actually remove the power from the cartels would be blanket legalization and regulation.  It doesn’t matter if you stop busting pot smokers, the cartels are still the ones manufacturing and distributing the product in question.  This move actually puts more dollars in the pockets of all the wrong people in Mexico.

I fear the government of Mexico, aside from the obvious problem with corruption it already faces, is going to fall prey to the influence of these cartels entirely.  This has been a problem in several South American nations where cocaine producers have often held more power and influence than the government and military.  It seems to me that this new legislation in Mexico may be a symptom of the growing influence of organized crime on government.  This isn’t a wise maneuver in the midst of a drug war, but here it is none-the-less.

Experimental moves like this one for decriminalization can be used as anti-drug propaganda.  By empowering the drug cartels in Mexico, it is easy to produce data that suggests decriminalized use of marijuana contributes to growing crime rates.  Without the presence of legalized and regulated manufacture and distribution, it will result in growing crime rates.  A newly empowered public will consume marijuana more brazenly and thus put more dollars in the pockets of the wrong people.  Decriminalization is actually a bit of a scam – full legalization is the only way to go.

It seems that sometimes in the face of the battle to legalize marijuana that the prohibitionists have much better strategies formulated.  We have to be careful what we wish for in a sense because the wrong moves can provide more evidence to the wrong people and lead to the worst imaginable results.  Ultimately, we are now empowering slave traders and gun smugglers by decriminalizing marijuana in Mexico.  It is not an issue of the dangers of marijuana; it is just the economic reality in a state with increasingly unstable government and increasingly powerful criminal organizations.

Will the decriminalization of marijuana in Mexico be the beginning of a new era when the prohibitionists are swept aside?  It seems doubtful.  More likely it seems like it will be a short-term change that will help the prohibitionists by causing more problems than it solves.  I don’t dislike the idea in principle, but I feel that this is the wrong place and the wrong time for this move.  The right moves can be rendered wrong with poor timing; I just hope this isn’t another setback masquerading as progress – we’ve seen far too much of that already.