Sunday, 5 February 2023
You are here: Home ADD/ADHD: Ritalin and Amphetamines are Dangerous: Marijuana is Better 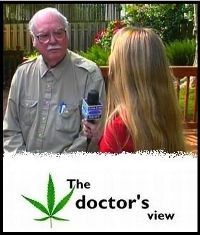 (MOLALLA, Ore.) – For those who frequently read my work, I think you know by now that I don’t get surprised much or often. But I had to lift an eyebrow when the Oregonian published an article Kids on ADHD drugs do better on tests, April 27, 2009.

The medicated kids did do slightly better, 3 to 5 points. Ritalin, a brain stimulant, is the most common medication. Others are very similar and presumably “help the kids to mentally focus on their work”.

The article stated that the children also received behavior therapy and  tutoring but they didn’t consider that.

I myself did not have any ADD/ADHD patients but I do know of several such patients in California and a couple in Oregon. The parents were “afraid” of Ritalin and tried marijuana brownies and with their own words stated miraculous changes for the good.

I wrote a related story about this, Autism Ritalin and Cannabis on salem-news.com May 23, 2008 and a previous article Autism, ADD, ADHD and Marijuana Therapy.

I REPORTED FROM A COMPUTER SEARCH THAT RITALIN (AND PROBABLY OTHER DRUGS) HAD CAUSED ABOUT 300 DEATHS.

Ritalin is a junior grade methamphetamine which is notorious for causing many cardiac deaths and Ritalin and the others CAN cause death by doubling or tripling the recommended dose.

To do further computer research on the subject of Ritalin poisoning I found several articles supporting my position: Accardo, P.J. Ritalin Poisoning, ADHD html, Child believed to have died from Ritalin poisoning, 3 dangerous side effects Ritalindanger.com, Ritalin Poisoning, webmail: No more Ritalin, ADHD drugs Adderal and amphetamine and Ritalin can harm children, Ritalin concerta, cardiac arrhythmia side effects. There are about 9000 articles relating to the subject of Ritalin dangers or Ritalin toxicity. I hope you get the idea!

I will recognize that there are about 6 million children on these kinds of drugs. The really strange factor is that these diseases weren’t even invented ‘til about 1970.

Before that, since about 1930, when amphetamine was discovered it has had a very colorful history. The Germans played with the structure and made methamphetamine which was used by German Blitzkrieg Soldiers to conquer Europe.

Col. Carlson’s U.S. Marine Rangers found out about it and found that Rangers could march for 72 hours before falling in a heap. Amphetamines were widely used by all sides during WWII and I’ll bet they are still used.

Long haul truckers called them “co-pilots” and felt they were better than caffeine. Yep it’s true.

After the war they were widely used as appetite suppressants mostly for slightly overweight ladies. The lethal METH crises was soon to follow. It’s one of the most addicting and lethal drugs around.

Pity, they are very close relatives of Adrenaline our natural “flight or fight” hormone.

DAMN THE ORGANIC CHEMISTS AND DAMN THE RITALIN DOCTORS!

Do you have a a question, comment, or story to share with Dr. Leveque?
Email him:
Pot Doc Answers

More information on the history of Dr. Leveque can be found in his book, General Patton’s Dogface Soldier of WWII about his own experiences “from a foxhole”.
Order the book by mail by following this link: Dogface Soldier