SEATTLE (AP) — A woman who calls herself the “Weed Fairy” distributed free nuggets of marijuana to people in Seattle over Memorial Day weekend, taping the free pot on fliers around a city neighborhood.

The woman, 23-year-old Yeni Sleidi, says she does it to amuse people and to give them a break from everyday stress. 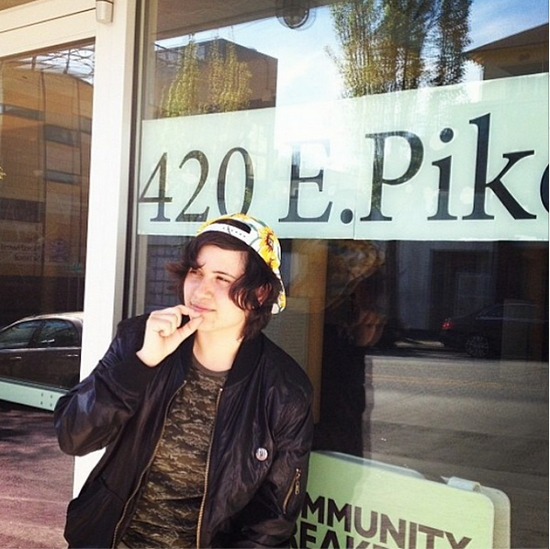 She said 50 fliers had nuggets taped to them. 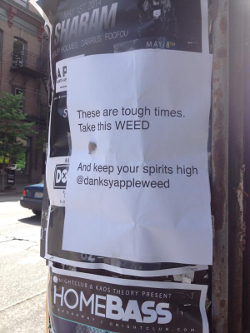 The woman said she first came up with the idea in New York, where she lived during the government shutdown, because several of her friends were affected by it. She wanted to distract them from the stress. Her actions, though, drew plenty of coverage from the media.

“I’m not sure what the thought process was but I thought people would be amused by it,” she said.

The fliers posted in Seattle came with the message: “These are tough times. Take this weed.” Sleidi posted her free marijuana in one of Seattle’s most urban neighborhoods, known for its nightlife and counterculture.

Washington is one of two states that legalized recreational marijuana in 2012.

Sleidi said it was the first time she felt comfortable with attaching her name to her deeds.

“I felt so relaxed about it… I wouldn’t feel comfortable doing it elsewhere in the country,” she said.

A call to the Seattle Police Department to ask about the pot distribution effort was not immediately returned.

By THE ASSOCIATED PRESS
Source: nydailynews.com