Wednesday, 29 June 2022
You are here: Home Let The Irish People Decide If Cannabis Should Be Legalised!

Just last week the gombeen politicians in the Dáil voted down a Private Members Bill introduced by Independent TD Luke ‘Ming’ Flanagan that would have paved the way for cannabis legalisation in the Republic of Ireland. 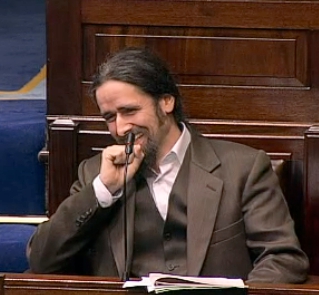 In a move that’s out of touch with the current shift in drug policy around the globe Irish TD’s voted 111 to eight against the Cannabis Regulation Bill 2013. TD Clare Daly said it best when she said ‘like everything else the political establishment lags behind the attitudes of ordinary people, on this issue, as on everything else.’

If you feel that Irish Politicians are out of touch with the people then click here to sign the petition calling for a referendum on Ming’s Cannabis bill.