Marijuana seeds will no longer be illegal in Slovakia as of March 2014, according to a report in the Slovak Spectator. The decision came Wednesday in a proposal from the Health Ministry.

While the move has yet to be confirmed by parliament and the president, the deed is considered as good as done because parliament is dominated by the Smer Perty and President Ivan Gasparovic is widely viewed as a Smer ally. 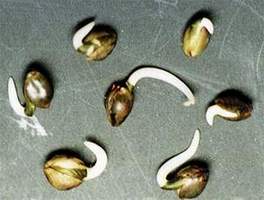 The Health Ministry proposal says that pot seeds should not be considered controlled substances because they do not contain any psychoactive compounds. The law change applies only to marijuana seeds; the possession or cultivation of the plant will remain illegal.

Under current Slovak drug laws, possession of “personal use” amounts of any drug, including marijuana, is punishable by up to either three or five years in prison, depending on the amount. Amounts less than three personal doses earn the lower penalty, while amounts of up to 10 doses garner the larger penalty. Greater amounts trigger the Slovak equivalent of “possession with intent to distribute” charges, with stiffer penalties.