Saturday, 3 December 2022
You are here: Home Court Strikes Down Mandatory Drug Testing for All Students

JEFFERSON CITY, Mo. – Today, in a class-action lawsuit brought by the ACLU and the ACLU of Eastern Missouri, a federal district court told a Missouri college to end its unconstitutional program of requiring all of its students—irrespective of their course of study—to submit to suspicionless drug-testing. Jason Williamson, staff attorney at the ACLU’s Criminal Law Reform Project, and co-counsel on the case, said:

“Linn State required every incoming student to be tested for drugs, even though many of them would not be engaged in dangerous activities, and the college had no reason to believe any particular student was using drugs. Any student who refused to submit to the drug test—which is considered a search under the Fourth Amendment—would be denied the opportunity to pursue their education at Linn State. 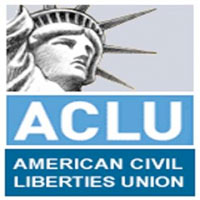 “Students should not be required to sacrifice their constitutional rights in order to further their education, and we’re thrilled that the court has struck down the policy. Our victory should serve as a warning to colleges and universities across the country: mandatory, suspicionless drug testing of the entire student body has no place in education.”

Additional information about this case is available at: aclu.org/criminal-law-reform/minter-et-al-v-claycomb-et-al-complaint

Additional information about the ACLU of Eastern Missouri is available at: aclu-em.org