A SCIENCE teacher rapped for growing cannabis has claimed smoking weed helped him create better lessons for his pupils.

Taylor, from Atherton, was excluded from teaching for at least five years by a disciplinary panel after admitting he grew and consumed the drug at home. 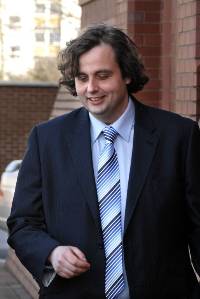 Alan, who had been teaching science at Westleigh High School, was disciplined by the education authorities for the second time over his use of cannabis, after being sentenced to community work last March by Wigan magistrates,

However, Alan has now launched a robust defence of his personal lifestyle, saying that eating a cake or biscuit containing small quantities of cannabis is no different to drinking a glass of wine in the evening.

He also strongly criticised Government policy towards drugs, claiming it ignores scientific evidence and is based on protecting the interests of large businesses rather than safeguarding public health. Alan, 43, said: “It’s a matter of my private life and not something that should be discussed in public. Now that it’s been brought out I could go along with the party line, which would be a lie, or I can choose to tell the truth.

“My position and belief is for a policy based on rationality and evidence, which seems to me reasonable and consistent views for a science teacher to hold.

“The prohibition of drugs is a product of corrupt government. Cannabis has a lot of medicinal uses and I personally know people who’ve used it to treat conditions including epilepsy, cancer and diabetes, but it is made illegal because of big pharmaceutical companies lobbying the government.

“Cannabis has been used in medicine for about 10,000 years, and it’s only since the 1930s in America that it started being banned. The prohibition was based on racism, because it was primarily a relaxant of the black man, and also due to competition between ethanol made from hemp and oil. Cannabis was a threat both to the pharmaceutical industry and to the oil business.

“When I was teaching I found it helped me plan lessons. It sounds like a ‘60s stereotype but it produces what is called latent inhibition, which allows you to see a sense of wonder in things, and as a teacher you are trying to create that sense.”

Alan, who said he began taking cannabis around two decades ago, is also trying to debunk some of the negative social and health perceptions which surround the drug, comparing its effects to alcohol.

He said: “At the 2006 European football championships, when England played in Amsterdam they watered down the beer and opened up the coffee shops. The police praised the fans for how wonderfully they behaved.

“They then went to Belgium where they had access to a lot of strong alcohol and there were riots in the streets. That sums up the difference between cannabis and alcohol, for me.

“Statistics stress there has never been a single death from cannabis. There are thousands every year from alcohol.

“People often say cannabis makes you paranoid, but I’ve been to Holland and gone in the coffee shops and have experienced none whatsoever. In terms of addiction, there’s a greater risk through mixing cannabis with tobacco and smoking it.

“That can bring people into nicotine addiction, whereas I’ve never experienced any ill effects from eating cannabis and have gone for long periods without it.”

Alan is particularly scathing about current laws allowing criminal enterprises to control the supply of drugs on to the market, saying a regulated, legalised system would reduce the health effects of contaminated cannabis, make it easier to prevent young peole getting their hands on drugs.

However, he does not want to become a public campaigner to change the law, hoping changing opinions on the street about substances such as cannabis will eventually make the present situation untenable.

He said: “Drugs have no place in the lives of children. No-one should be taking any substance until their brains are fully formed.

“At the moment all a young person needs to find out about cannabis is a £10 note, and that can’t be right. Seeking it out at the moment can also expose them to criminal elements, and possibly to other more dangerous substances.

“That’s why I grow cannabis myself, if I had gone out and bought it I would have been supporting organised crime.

“I just want to get on with my life, I would rather it hadn’t been interrupted by this. I would like to go back into teaching if I can.”

“I’ve lost my career because of the current policy, but people on harder drugs in Leigh have lost their lives, and this is minor in comparison.”