Under strict conditions severely ill Germans may be allowed to grow cannabis at home, the Supreme Administrative Court of Munster said in a judgment of 7 December 2012. The reasons have now been published. Patients for whom no other therapies are available or effective, but may have medicinal benefit from cannabis, can make an application to the Federal Institute for Drugs and Medical Devices (BfArM) in Bonn, so that they can treat themselves with their own grown cannabis, accompanied and monitored by their doctor. Previously, all such requests were refused by directive of the Federal Ministry of Health. This practice is illegal, the court stated. 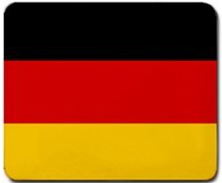 “This ruling is a milestone on the path to a better supply of German citizens with cannabis-based medicines,” said Franjo Grotenhermen, chairman of the German Association for Cannabis as Medicine. “Cannabis products from the pharmacy are unaffordable for most patients. Legalized growing of the plant at home opens up for them for the first time an affordable alternative.” Health insurance companies usually refuse to reimburse the costs of a treatment with cannabinoid medicines. “It is unbearable that many patients have to rely on illegal sources or illegal self-cultivation of their medical need,” Grotenhermen said.

Patients whose health insurances cover the costs of a treatment with cannabinoid-based medications, however do not get a permit for self-cultivation the court made clear. In the particular case of a plaintiff suffering from multiple sclerosis the judges ruled in favour of the Federal Republic of Germany, which had denied him an approval for self-cultivation. The plaintiff had not been able to convince the court that the cannabinoid dronabinol, which is reimbursed by his health insurance, has not the same medical effect as cannabis cultivated by himself.

The arguments of the BfArM for a general denial of approvals for self-cultivation by patients were completely rejected by the court, however. The ruling clarifies: “If an affordable treatment option is missing, a license for personal cultivation of cannabis has to be taken into consideration – at the discretion of the BfArM.” The Federal Institute for Drugs and Medical Devices could not require applicants for self-cultivation that strict safeguards against theft, as are required from pharmaceutical companies. The provisions of the Narcotics Act as well as the international drug control treaties would have to be interpreted in a way that the granting of permission to private individuals is possible.

The attorney for the plaintiff, Dr. Oliver Tolmein from Hamburg said that lawmakers are required to act after this decision: “If the Ministry of Health does not want patients to grow cannabis for self-therapy, is has to be made absolutely clear in the law on health insurances that they have to reimburse the cost of cannabinoid-containing medicines or medicinal cannabis for otherwise untreatable patients.”

A medically supervised treatment with cannabis or single cannabinoids in Germany is currently possible in two different ways: first, dronabinol, the synthetic THC derivative nabilone and the cannabis extract Sativex may be prescribed. Secondly, the medical use of herbal cannabis from the pharmacy imported from the Netherlands is possible. This however, requires a special permit from the Federal Institute for Drugs and Medical Devices.