Friday, 3 February 2023
You are here: Home Proposed legislation in Portugal would authorise growing for personal use and the creation of Cannabis Social Clubs

In recent years there has been much talk of the so-called “Portuguese model,” based on an initiative that led to the use of illicit drugs being decriminalised in 2001. In fact, it is often said that Portugal was the first country in Europe to decriminalise drug use de jure, while Spain, for example, took that step de facto for the first time in 1974, except that it was not through a specific law but rather as a result of a Supreme Court ruling. 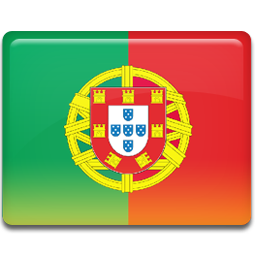 In any case, the decriminalisation process taken forward in Portugal undoubtedly serves as a clear example of the fact that showing greater tolerance to drug users does not lead to an increase in consumption. On the contrary, in Portugal’s case all the indicators show a reduction in the use of illicit drugs following this move, while the problems associated with such use also declined.

Nevertheless, Portuguese-style decriminalisation has immense loopholes and contradictions, such as the fact that the illicit growing of psychoactive plants (of which cannabis is the most common) is still considered a crime, even when it is destined for personal use. This contradiction, which permits the possession and use of small quantities but not self-supply, means that drug users are forced to depend on the illegal market. Furthermore, possession for personal use is punishable as an administrative offence. Dissuasion Commissions (whose members are legal advisers, psychiatrists and social workers) have been established and are able to impose fines or community service. Another of their roles is to persuade addicts to enter treatment programmes. Most of their rulings have led to the legal proceedings brought against non-addicted drug users being suspended. Around ten per cent of cases have been settled with a fine.

They prefer clubs in Portugal too

For some time, various groups have been arguing that further steps need to be taken on the road to decriminalisation, by means of coherent regulations that would cover all aspects of the matter and permit a system of supply that offers an alternative to the illegal market. A few years ago, the Bloco de Esquerda (Left Bloc), a leftist party very similar in origin and ideology to Syriza in Greece, and which in the last election obtained about 5% of the vote and 8 seats in the Legislative Assembly (Portugal’s only house of parliament, since the senate no longer exists), came up with a different proposal along the lines of the so-called “Dutch model,” which suggested that drugs could be supplied through commercial establishments similar to Holland’s coffee-shops.

Nevertheless, the appearance of Cannabis Social Clubs in Spain has led to a shift in attitude among many groups that used to support a commercially-oriented regulatory model. The Bloco de Esquerda itself decided to abandon that proposal in view of the advantages of the model based on non-profit associations. These include greater transparency, self-management by the consumers themselves, the absence of commercial interests (thus reducing the risk of drug use being promoted), elimination of the so-called “back door,” [1] and the possibility of introducing the arrangement without needing to reform UN treaties beforehand, since the cannabis clubs fall within the sphere of personal consumption.

What the proposal contains

The Bloco’s new proposed law (which has not yet been presented to parliament) covers all aspects of cannabis, from production to distribution. Its justification mentions the failure of the repressive model consecrated by the UN, the manifest success of decriminalisation – which silenced the arguments of the prohibitionists by demonstrating the viability of more tolerant approaches – and the internal contradictions in the current legislation, which indirectly help to sustain drug trafficking.

The text of the proposal defines the legal arrangements applicable to the growing, consumption and acquisition of cannabis and its by-products, and the possession of these for personal use without the need for a doctor’s prescription. In fact, the initiative’s promoters have avoided mingling medical use with so-called “recreational use,” since they believe that the two debates should be kept separate. They also believe that the defence of the right to use cannabis should not be based on its medicinal properties but rather on individual freedoms.

The proposal – the text of which is not yet definitive – imposes limits on acquisition, growing and possession. It stipulates that the acquisition of cannabis products for personal use should not exceed the amount required for one month’s consumption. This is defined on the basis of Decree 94/96 (26 March), which stipulates estimated daily doses for different illicit drugs. Thus, the amounts someone can obtain each time may not exceed 75 grams of marijuana, 15g of hashish or 7.5g of hash oil. Growing would be limited to a maximum of ten plants per person, while possession would not be allowed to exceed the above-mentioned amounts. In other words, if people choose to grow their own they may store the output from the ten plants, and if they obtain their supply through a club (or on the illegal market) they may only keep enough for one month.

The proposal also includes a system of authorisations, which would be non-transferrable and may be withdrawn in the case of failure to comply with the legal obligations they entail, but would not affect personal use. Therefore, if the proposal goes ahead, the consumption, growing, acquisition and possession of cannabis and cannabis products destined for personal use would not only cease to be a crime but would also no longer be considered an administrative offence, thus leading to full depenalisation, in contrast to what has been the case up till now.

By Martín Barriuso Alonso
Ready the full article at tni.org