For the first time in front of a live audience, living legends John Sinclair (American political activist, poet & former manager of MC5) and Howard Marks (best-selling author, former international drug trafficker and all round roguish charmer) will be teaming up to share their fascinating and, at times, truly incredible stories with each other.

The two veteran raconteurs will delve into the haze of their era-shaping pasts, as Howard, a vigorous advocate for the legalisation of recreational drugs interviews John about his own lifelong activism and how he became a figurehead for counterculture the world over. From John’s recent involvement with Meltdown festival curated by Massive Attack and the launch of the Music is Revolution Foundation, to reflecting upon his part in founding the revolutionary White Panther Party, managing the MC5 and sparking the legendary 1971 “John Sinclair Freedom Rally” you’ll see why it’s not just anybody who could have inspired John Lennon to write a song about him!

This unique opportunity to share the experiences of an outlaw icon who knows what it means to stand up for what you believe in will reveal just what life is like campaigning for social justice and speaking out against an oppressive establishment and the price at which that comes.

Breathin’ Air with Howard Marks and John Sinclair will be a trip you won’t forget! 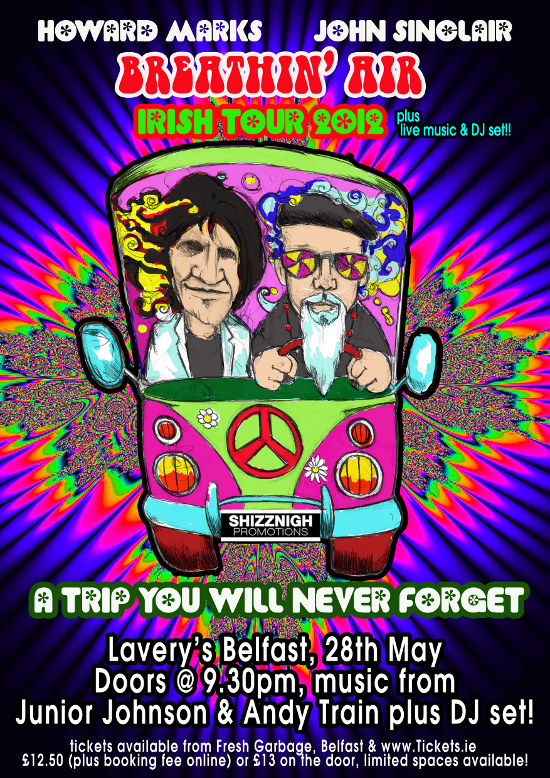