Wednesday, 8 February 2023
You are here: Home Inside the Mind of a Hash Smuggler by Mark Heinrich

“It was 1978, Istanbul, Turkey. That exotic meeting point in history, where Mongols raged, and armies passed. Centuries back, it was called Constantinople.

I found myself laying on a bed in the Hotel Benson, a run down hotel not far from the bazaar, the Grand Souk. A place for smugglers of all kinds of contraband, from guns to drugs, stolen goods, and motor vehicles. It was a motor vehicle that had brought me to my current circumstance actually. 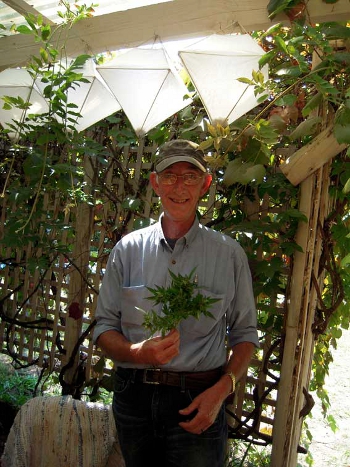 You see, I had just been released from the infamous Sagmalcilar Prison. One of the most brutal and notorious prisons in the world. Staffed by sadistic guards, well versed in the ancient art of torture and torment. A place for punishment, not rehabilitation.

As I was laying on my bed, having cleaned myself up and gotten rid of the lice and fleas, my employer, Zulphi, came to me and expressed his displeasure that I had been caught, and not reached Tehran with the Mercedes as contracted. I would not be paid my fee for the trip.

Instead of being paid, my boss told me that if I took a half kilo of hash to Munich, I could keep half on arrival. This is 4 days after being released from prison. My mind was shattered. I dug deep and knew I had to escape.

I thought to myself, “Right you c**t, I’m going to fly instead to Zurich, and keep the lot for myself!” They had betrayed me and I had suffered. I wanted out at any cost, but I wanted payback as well.

Next day, Zulphi brought the half kilo of absolute premium un-pressed Turkish hash. I packed it into the pocket of an old Greyhound inflatable pillow that I had with me. I just ziplocked it shut and slid it into the map pocket of my Jansport backpack. This particular model had the map pocket, not on the outside of the pack, but rather between my shoulders and the pack. Effectively so that when going through customs, I would be taking my pack off for inspection if asked, and would lay it down with the frame bottom most, out of sight. It was very difficult to tell a flap was there.

I felt no fear. I felt nothing actually. My mind was still shattered, and I was in no fit mental state to be making good life choices.

I arrived at the airport. Zulphi drove. Checking in, I went ahead and booked my ticket, using credit I had on a miscellaneous charges order from Pan Am. Very softly though, in an act of brinksmanship, I asked to be booked on the flight to Zurich I noticed was leaving within 5 minutes of the flight to Munich.

My drug smuggling career was launched.

As soon as I had my ticket, I was asked to hurry to the departure lounge as my flight was on last call and I was the last to board. I literally ran to the gate, past a Turkish policeman. Just as I was nearly on the tarmac, the cop hollars “Stop!”. I turn, still no fear, and see him holding my boarding pass. I had dropped it in my haste. I thanked him and shook his hand and gave him my last pack of Marlboros. He told me to hurry cos the plane was waiting on me.

Takeoff, then on the way to Zurich. I recall the Alps in the sun. I pondered the airport and chuckled. Zulphi had always told us the Turkish Feds were****knuckles, and that money or baksheesh always gave you a higher rank than them. I felt supremely confident. The hash was in my bag and I was watching the hostesses ass. Oh my I recall that ass. It was the first female ass I had seen in months. Oh gosh I loved that woman.

In Zurich, I picked up my pack, and headed out through to customs. I was very placid at the time, enjoying my freedom, feeling no fear or anxiety.  I pulled out a smoke, grabbed a tourist map, and just walked through the green corridor “Nothing to Declare”, right past the customs officer. I then stopped and turned and asked him for a light up your smoke. Then off. 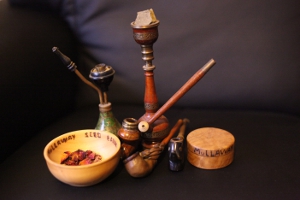 Straight to the ticket counter to book a connecting flight to London. I had decided to return to Montreal, via London (to sell some hash -I was broke you see) and New York.

Liftoff from Zurich on Swissair. Oh my golly gosh, but another wonderful air hostess’ ass. The Swiss I find are a little perter than the Pan Am ass. lol.

The sun is on my face. I’m reading and relaxing. Confident the hash will still be there in London. Then, my world fell apart. I read an article on the baggage handlers at Heathrow. They were referring to it as “Thief-row”. I was instantly panicking. I was fearful that some crummy pommy baggage handler would steal my hash and spoil my day. I could not have that.

I still had no fear or anxiety about the hash. I think being new to hash and never having smoked weed, let alone hash, it meant nothing to me. So it just sat in my pack, no different than as if it were my sleeping bag. I recall thinking about the hash for the first time. It had a funny sweet smell, looked and felt and moved just like fresh brown sugar. I was a naive.

Landing in London. It is pissing down rain. I hate England. My previous experience was that it was cold, wet and expensive. And I was pissed at the Poms. This bloke had called me a “Wog” in a London pub one night, and told me to **** off back to Australia. Guys, I am a blond haired Caucasian, not European looking. Makes me laugh about it now after all these years.

We raced down the stairs from the plane and across the tarmac, waiting and watching as our bags were checked over by a sniffer dog. I saw my pack on the last of 5 trolleys. Just as the dog neared the last trolley and my bag, the heavens really opened, and the handler and dog retreated out of the rain. My bag was not checked.

This time I felt a tinge of anxiety, but still no fear. I was still so happy and supremely in control. I had no fear of authority. I saw it as a mental challenge, a game of sorts. I was good at it. Zuphi had taught me well.

I might toss in here that I was flying on one of 3 passports I had. All in my name, all legit. Only one was valid though. I had reported the other 2 stolen and gotten replacements. These 2 had both been altered by the smuggling syndicate, and had doctored stamps and visas, and other customs stamps removed completely.

In London, I head to the Youth Hostel for some much needed rest. The hash was still all there, still just sitting in a ziplock bag inside the map pocket. All half kilo of it.

I sold 2 ounces straight away. I could not believe how eager people were to buy some of my brown sugar.

Then a major problem. All air traffic controllers were on strike, and no flights were leaving for North America, except for those of one airline. Laker Airlines was my saviour. Sir Freddy Laker and the first international budget airline ever. But there was a queue, and that queue went for 3 kilometers from the ticket office at Victoria Station. We worked small groups, to team up for self protection and company as the line slowly edged it’s way forward. The hash still sat in my pack. I was so calm and confident, I left my pack with this small group of young hippies, and went to do my ablutions, eat and just stretch. Sleeping on the pavement with drizzly weather for 3 days was no fun, but looking back it was a blast. The whole dynamic of this conga line of hippies, all returning to the US for school in the fall. And only one airline and only 2 flights a day.

In the air with Laker Airlines. my pack and the hash still safely aboard. Next stop, La Guardia Airport and US customs. I had worked out in my mind a strategy to enter through New York, and then catch a Greyhound bus to Montreal. My final destination.

I debark and head to get my pack. Then on to immigration and customs. My US visa is genuine and valid. I feel supremely confident. The horrors of Sagmalicar were fading. Joy was again pervading my mind. My health was improving.

Up to Customs I go after getting my visa stamped. This time no green gate. Everyone must present bags. Still no fear. Absolute control.

The customs officer asks me where I was going. I told him I was off to Montreal, then on to Edmonton in Canada for the Commonwealth Games. The customs agent wished me well, and helped me to lift my pack onto my back. I must say I was ever so thankful lol.

Out of the airport I head, to the taxi rank. Now I am starting to get excited. I can see the end, My goal. The Montreal Youth Hostel – a place I knew well. A place to recuperate. A place to sell my hash.

Driving up through Vermont. I recall the beautiful colours of autumn. I was nearly there. Mounting excitement. 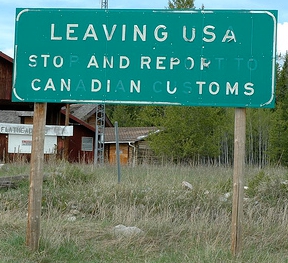 The Canadian border at last. I go into the immigration office as I have to show my passport. It takes some time as I have to wait on the immigration officer to return from a break. I am the only international passenger on the bus. All the others are re-boarded and their luggage re-stowed. You see, at the border, you have to unload your bag and identify it to customs.

A half an hour passes. I am starting to panic inside. I feel fear for the first time, but I have the beast in control. I finally finish and walk out to the bus. There, by the bus, is my pack standing alone ready for loading, right between two customs officers and an RCMP officer. I just crashed inside when I saw this. The reality and magnitude of the adventures of a drug smuggler came haunting me. I thought “How unfair!” – to have come all this way to get busted at the border.

I walked towards my pack and the bus. I put my shoulders back and put on my smugglers guise. Zulphi truly had taught me well in the arts of smuggling. It was a game. A challenge. The memories of the horrors of Sagmalicar oddly absent from my mind. An ominous portent though of what was to come in my mind 20 years on.

I picked up my pack and was unsure what was going down. Then the RCMP officer told me to shake a leg and get on the bus. I had made them late! I had ****ing made them late lol. My legs pumped up the stairs and I sat into my seat. That short ride to the terminus from the border was and is the most special bus ride I have ever taken in my life.

I trudged up the stairs to the Youth Hostel in Aylmer Street, and for the first time in nearly 5 months, I felt safe. I felt no fear. I had been paid in full for my epic car smuggling run from Munich to Tehran.