Friday, 3 February 2023
You are here: Home Dr Julie Holland on treating PTSD with MDMA and Cannabis 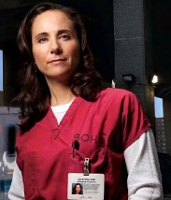 Dr. Holland has spent her adult life investigating drugs.  At the University of Pennsylvania, she majored in the “Biological Basis of Behavior,” a series of courses combining the study of psychology and neural sciences, with a concentration in drugs and the brain, or psychopharmacology.  During her college years, she authored an extensive research paper on MDMA (ecstasy).     Dr. Holland received her medical degree from Temple University School of Medicine in 1992.  At Mount Sinai Medical Center, she completed a residency program in psychiatry, where she was the creator of a research project which treated schizophrenics with a new medication.   She is considered an expert on street drugs and intoxication states, and lectures widely on this topic.

The question and answer session which  followed the talk can be seen here: