Saturday, 4 February 2023
You are here: Home What if Cannabis Was “Legalised”? By Alun Buffry

Before even considering this, I feel it is essential to point out that it is not cannabis itself that is illegal – it is the possession, cultivation (production) and supply without a license, that is banned. The law is against the people that wish to use the plant to their benefit. 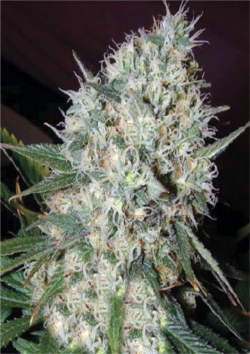 The lame Government excuse I’ve heard throughout 20 years of campaigning, for not changing the law, is that they believe use would go up – they then go on to tell us blatant lies that cannabis is a dangerous drug and causes this or that problem with people, whilst denying the medicinal and other advantages.

The Government speculates use and therefore harm will go up. I have heard many cannabis campaigners say that it won’t, but there I disagree – use will go up – I HOPE SO – simply because the very vast majority of users benefit from the plant and many more will benefit if they can grow or buy cannabis legally. If the vast majority of new users benefit, in comparison the number of those that suffer damage associated with cannabis use will be small and they can seek help sooner without fear of being busted. Because quality will improve and the criminal element removed, all users will benefit from clean cannabis and we will see an end to that disgusting “grit weed” and “soap bar”, that itself causes damage.

My argument is that the overall benefit to society would far outweigh the risk of more harm.

So I’d like to dream for a while, what the world would be like if the law is changed to allow personal possession and cultivation – maybe licensed production and supply to adults.

There’s an estimated 5 million cannabis smokers in the UK with at least that many again that have tried it. That means technically some 10 million people in Britain alone, almost 25% of the adult population, are criminalised – many “break the law” daily, out of necessity or choice – and most of them live in dread and stress for fear of that knock on the door, court case and criminal record. How many have respect for the law-makers when they daily live under fear of the law even though they are not actually doing any harm? Millions!

Perhaps strangely and surely hypocritically, our own Prime Minister, David Cameroon and many politicians, along with high-powered businessmen, sportsmen and women and other professionals, and a massive proportion of those involved with the entertainment industry, are included amongst those once-upon-a-time users. And considering most cannabis users share their smokes, technically they were all guilty of supply too.. Now and then they raise their voice against this law but I cannot say I have seen much help for the cannabis campaign, from them, ever.

So, of course, those so- called “medicinal” and “recreational” users (a vague distinction in many cases) would immediately benefit if the law is changed, as they will then be free to grow and possess cannabis without fear of arrest. And if adult supply centres such as cannabis shops or cannabis clubs / cafés are allowed, those that cannot grow their own will have a safe environment, away from crime and hard drugs, with consumer protection, quality control and cleanliness guaranteed. No more back street drug dealers.

The immediate knock on effect will be easing of the burden on the police and courts, the revenue taxation of profits presently being avoided by criminal suppliers and a saving of billions of pounds a year of taxpayers money presently used to fight and unjustifiable and unenforceable law.

Cannabis as a legal alternative to people that over-indulge in alcohol; cannabis available medicinally to replace so many pharmaceutical drugs with risks of side-effects (and drugs to counteract those side-effects) – the feel-good factor!

Take the case of students and young people.  When we reach the age of 18 we are allowed to buy and consume alcohol on licensed premises – despite the fact that it causes so much grief, violence, illness, absenteeism, accidents and premature death – but of course huge profits are made and revenue gained.  At that age most of us want somewhere to go to meet people, and there is little alternative to drinking.  That leads to drinking competitions and binges, and my experience is that there is plenty of that, at least when I was that age.  I certainly over-consumed more than once, and fortunately, I survived.  The problem with alcohol is that it warps one’s judgement, and not only did I ignore warnings that i was getting too drunk, if they were ever given, but once when having been asked to look after the car keys so my mate did not drive whilst drunk, I almost got into a fight when he demanded them back – and he too was very drunk.  One only has to visit an inner city at night to see the fights that do happen, fuelled by booze.  But show me a Dutch Coffeeshop where people end up fighting!  Had there been Coffeeshops when I was 18, I think I would have been visiting them and meeting the sort of people I really wanted to meet, not fellow drunks.

Incidentally I have met a few people that have successfully used cannabis to overcome their addiction to booze.  For most people booze and weed do not mix well.

But the breweries, distilleries and off-licenses are not the only people that fear that more people using cannabis would detrimentally effect their profits.  We also face opposition from drug companies and suppliers – both legal and illegal.

Those drug suppliers that offer oft-inferior quality and contaminated cannabis along with hard drugs, whether on the streets, from houses or in clubs, do not relish the thought that their cannabis customers may have somewhere to buy legally – what will they do if they can’t get the trade?  hence the vast majority refuse to support efforts to change the law.

Then there’s those drug companies that produce pills and potions to “heal” us, or at least ease the symptoms – although of course their drugs often cause bad side-effects so we need more drugs to counteract those effects.  I have met people taking literally dozens of pills daily, at quite a cost to the NHS – and at least some of them, when resorting to a more efficacious substance called cannabis, are able to stop taking many of the pills at all.  Multiple Sclerosis sufferers amongst them.

How strange that GW Pharmaceuticals are able to produce “Sativex”, a solution of cannabis in alcohol with a hint of peppermint, to treat MS and pain.  GW say that sativex is Sativex is a whole plant medicinal cannabis extract containing TetranabinexTM (tetrahydrocannabinol or THC) and NabidiolexTM (cannabidiol or CBD) as its principal components. The medicine is administered by means of a spray into the mouth.   Yet the UK Government deny the medicinal value of cannabis presumably trying to convey that if dissolved in alcohol (THC is not soluble in water) it suddenly gains value!

So natural cannabis is apparently value-less as a medicine, but available as a medicine if dissolved in alcohol and made into a spray. What nonsense!

That would be bad enough – sufferers of MS being prosecuted for growing the same plant at home that GW grows in warehouses – if limited to MS.

But the list of health problems that are eased by cannabis goes far beyond that.  Here are some examples of where natural cannabis can help: treating cancers and tumours, relieving side effects such as nausea caused by cancer chemotherapy, pain, glaucoma, migraine, epilepsy, rheumatic pains, depression and mood disorders, bipolar, asthma, insomnia, loss of appetite, tinnitus – it can help with anti-microbial effects, dystonias, Adult Attention Deficit Disorder, Chron’s Disease, diabetic gastroparesis, psuedotumour cerebri, phantom limb pain, post traumatic stress disorder – and of course stress itself.

Let me also emphasis that for those that choose not to smoke (cannabis is far safer and more effective when NOT mixed with tobacco), cannabis can be consumed using vaporisers, or added to food or drinks (just dissolve in hot oil or butter – or even alcohol as does GW – to extract the essentials, and test dose gradually).  So, although there is no actual evidence that smoking pure cannabis cooly causes lung problems, those that are concerned have alternatives

Cannabis users and non-users alike will benefit both through their physical and financial well-being.. It all seems so obvious to me.

But it doesn’t stop there.

Read the article in full at Alun Buffry’s Blog