Where does cannabis come from? 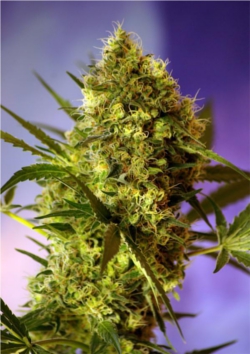 He said the plant originated in Central Asia, spread across the continent to North Africa, and enslaved Africans brought knowledge of marijuana to Brazil. But it is unclear if they introduced the plant to South America.

“Did Africans introduce cannabis to Brazil?” he said. “My answer would be maybe. We don’t have the evidence — there is simply not enough reliable information to accept or reject African-led biological diffusion.”

More recently, Duvall said, marijuana users have been stigmatized, but historically the plant has been used for medicinal, spiritual and holistic purposes.

“It has been used as a narcotic, a food, and a source of fiber for about 6,000 years,” he said. “The case of marijuana’s introduction to Brazil needs to have more attention given to it.

The case of marijuana provides really excellent evidence for cultural effusion from Africa to the Americas.”

Understanding the plant and its history is important, Duvall said, because cannabis is New Mexico’s third-largest cash crop.

“Many people who are involved in cannabis either to grow it, to use it or to transport it are engaged in illegal activities, so they are not willing to share information about it,” he said.

“Much of the cannabis literature is clearly biased either for or against marijuana. It aims to promote these viewpoints rather than really create knowledge about the plant.”