Should a local radio station broadcast information on the real-time movements of police and drug agents? Community station KMUD, based in southern Humboldt County, the unofficial capital of marijuana cultivation in California, says its reports are an essential tool in protecting the community from police abuse. 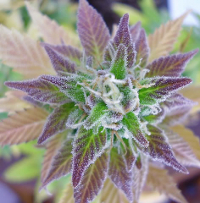 The broadcasts grew from a citizens’ monitoring project that began after the Reagan Administration in 1983 launched the huge, wasteful and ineffective “marijuana eradication campaign” known as CAMP, or Campaign Against Marijuana Planting.

The waste, arrogance and abuse associated with the program — which has unfortunately become the largest law enforcement task force in the United States, with more than 100 agencies taking part — have become legendary.

Ordinary families have been terrorized by paramilitary units, peaceful homeowners have been repeatedly buzzed by low-flying helicopters, and community relations between citizens and law enforcement have suffered just about everywhere CAMP laid its heavy hand.

People who live in the Emerald Triangle — comprised of cannabis-rich Mendocino, Humboldt and Trinity counties — have a strong independent streak and skepticism of government, reports Michael Montgomery at California Watch.

For years, local groups have closely (and understandably) monitored the work of police officers and drug agents.

But now there’s a debate about how far reporting on police operations should go, as Mendocino County Sheriff Tom Allman is whining about KMUD’s broadcasting of listeners’ reports on police activities.

Sheriff Allman claims he’s “worried” the reports could tip off “Mexican drug gangs” and endanger his deputies and other drug agents.

Apparently the sheriff would feel a lot better if there were no public oversight at all of his department’s operations against the people of Mendocino — it sure would make things a lot easier while they’re busy busting peaceful marijuana farmers and potheads, and ignoring real crimes.

For more, here’s audio from Michael Montgomery of The California Report.