JAILED Liverpool drugs baron Curtis Warren will go back to court in a bid to quash his conviction  for masterminding a £1m cannabis smuggling plot.

Warren started a 13 year prison term in December after he and five others  were convicted by a jury of scheming to import up to £1m of cannabis from mainland Europe to Jersey. Now it has been confirmed “Cocky” and the five other men will, as expected, appeal against the 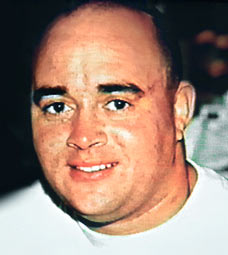 A date for an appeal has been set for March 23 by Jersey Magistrates Court.

The plot, the jury heard, would have seen 180kgs of cannabis bought in Amsterdam by Welsh and driven back in a hire car through Belgium and France to the Normandy Coast.

Then it was to be picked up by boatman James O’Brien and sprinted back to Jersey on his speedboat, the Skiptide.

But when others failed to come up with the cash and with O’Brien’s boat stuck in a field, the plan fell apart.

Police swooped to arrest the co-conspirators in July 2007 before the deal could be done.

During the trial the court heard secret recordings made by police bugs fitted in Welsh’s hire car and his VW Golf on Jersey.

John Welsh, 43, originally from Liverpool was jailed for 12 years.