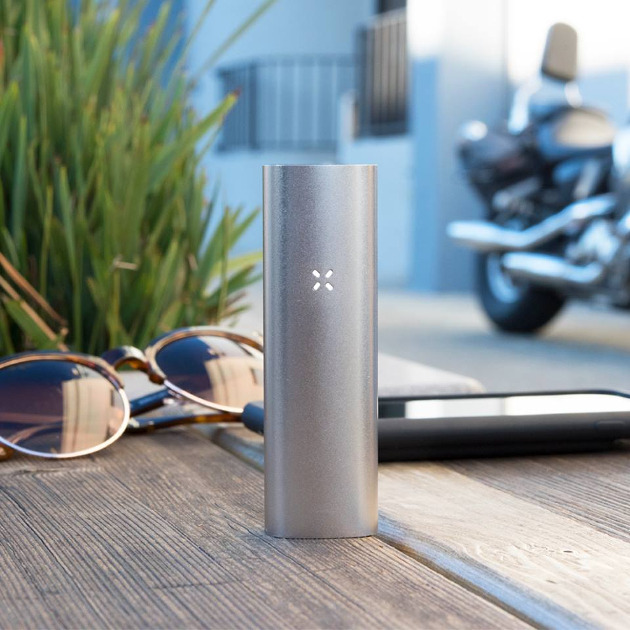 As is customary I receive equipment for review through the post. My immediate delight is often smudged by the experience that follows.

Not so with the Pax 3. I’ve reviewed other vaporizers in the same price range and find them severely lacking in one or two crucial details. The Pax is everything it says it’s going to be and will surely bring a smile to your face for more reasons than what’s cooking inside.

It’s ergonomic, sleek and simple. One button on, one button off, hold the button to alter the temperature, and nothing more. None of the morse code usually required for similar devices. It heats in such a swift fashion that any need for holding a temperature is redundant.

It’s tidy, with only 2 moving parts and replaceable (and supplied) metal gauze.

It comes with a separate, nifty little concentrate chamber which is going to be a challenge for the more ham fisted among neckbeards, and was for me, too. It almost looks like a Claymore mine, so any FPS fans will get a kick. There’s a tiny little, replaceable (and again supplied) grommet that seems like a tad more engineering could have sorted. There’ll probably be a Pax 4 so the sequel can remedy that. The chamber itself is impressively engineered, but to be honest I didn’t really get that much from it. Perhaps it was just me, or the shatter, but I was a little disappointed. Left a lot of residue even after a dozen long slow draws. Easily cleaned in alcohol, just a little miffed given other reviews.

For flower though, it’s a breeze. Pack it a little tighter than you probably usually would, and long slow draws give you all the flavour and clean vapour you’d wish for. I found I had to grind a little finer than I normally would, you can fool around with it until you catch your groove. I used the half-oven tamper and a snug amount and still got a smooth steady flow that lasted 7 full draws. About right I reckon.

As with seemingly all handheld vape units, your lips will get hot. I wish this wasn’t the case because it’s the main reason preventing me from investing, I know I’d let it annoy me enough to render the device an ornament. 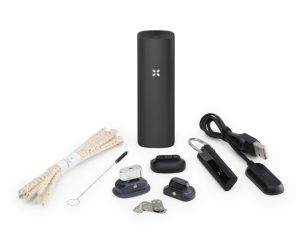 It’s a doddle to clean and the pipe-cleaners and brush (supplied) make it all the more easy, and enjoyable even. Presumably when you’re changing the gauze would be the best time to completely ream the unit, but the brush will more than easily take care of any fine dust that (didn’t for me) makes its way through to the vapour tube.

I’d recommend purchasing the complete kit rather than the basic just so you have all the, very usable, parts. It’s not worth buying the accessories separately, you’ll get over £60 of goodies in the complete kit as opposed the basic.

With both you’ll have the option to use the smartphone app that will let you get your geek on. You can change light colours and incrementally set the temperature and what not. As a paranoid resident of the UK I didn’t bother with this, but even if I wasn’t, I think it’s still in early life gimmick stage.

Fans of the brand and of sleek and discreet aesthetics will be amply amused. New customers will be delighted by the ease of use and maintenance, seasoned users will know the Pax 2 was similar so little change to report there. The speed at which the unit wakes up and is ready is probably the most impressive aspect, from cold to disco in around 30 seconds on the 2nd heat setting (google says that’s about 193C) and the battery lasts for longer than any other unit i’ve used. It takes around an hour and a half to charge from empty on the usb. Personally, I know it’s a sealed unit but on the go this is going to be a niggling factor when batteries run low.

If it were me, I’d sooner give my local head shop £20 for a piece of glass than use any vaping machine, but I realise that the real world is out there too, and if you’re intent on vaping, then this is the very top shelf piece in all aspects: Five star all round for ease of use, battery life, maintenance and quality of experience. It will eclipse any other hand held on the market. No arguments here.