Wednesday, 30 November 2022
You are here: Home UK Researchers to Study the Effects of CBD on Brain Tumors in Children 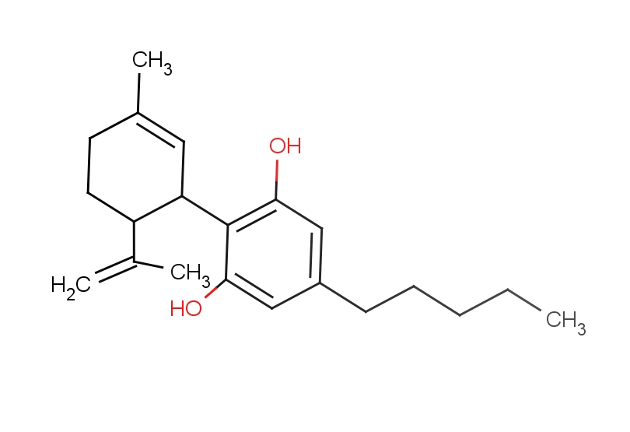 A non-psychoactive compound found in cannabis called cannabidiol (CBD) is to be tested for its effects on paediatric brain cancer cells by experts at Nottingham’s world-leading Children’s Brain Tumour Research Centre.

In this its 20th anniversary year, the Centre needs to raise at least £100,000 to fund the new project and has just received generous kick-starts of £45,000 from Astro Brain Tumour Fund and £10,000 from the Jessica Hope Foundation.

The research and fundraising is being championed by 4-year-old William Frost and his family from Newark, Nottinghamshire. William was diagnosed with an ependymoma brain tumour 3 years ago and is being treated at the Centre.

William’s father Steve said: “We are proud to be supporting this important new avenue of research into children’s brain tumours. We were told half way through 2016 that nothing more could be done for William. We couldn’t bear to accept the news and decided to look into alternative treatments. The two options we started were a low carbohydrate (ketogenic) diet and cannabidiol. Six months later William’s tumour had shrunk by two thirds. He is slowly improving and attending school part time”.

“Because we know how unpredictable his tumour type can be we couldn’t just sit back and hope, which is why we championed this research project so that we can find out if the cannabidiol contributed to the reduction. We also set up www.makewilliamwell.com to keep people updated on William’s progress and, more recently, to raise money for the project.

“We are over the moon that the Astro Brain Tumour Fund (who also support the ketogenic diet) have decided to significantly contribute towards the project, and also the Jessica Hope Foundation. We’re now hoping that the remainder of the funds can be found so that William and other families in our situation can benefit.”

Leading the research project, Professor Richard Grundy said: “Brain tumours are the biggest cancer killer of children in the UK but the disease receives less than 1% of the UK’s cancer research funding. New ways to treat childhood brain tumours are urgently needed to extend and improve the quality of life in malignant brain tumour patients so we are excited at the prospect of testing the effect of cannabidiol on brain tumour cells.

“Increasingly families are using CBD, often at great expense, presently there is no evidence that it might be of benefit or even what dose to use or how often. It is therefore very important to obtain objective scientific evidence of whether CBD is active against Children’s Brain tumour cell lines.”

The research team will grow cells from either ependymoma or glioma tumours under standard lab conditions but either with the addition of cannabidiol molecules or without. After 7 days the level of cell death will be measured and the presence of viable tumour cells in the two different assays analysed.

Cell staining will be used to see how many of the cells are dividing, whether the cells are undergoing cell death and also for a group of proteins which regulate the expression of genes – peroxisome proliferator-activated receptors (PPARs)]. These PPARs play essential roles in the regulation of cell differentiation, development, metabolism and the formation of cancer.

This research will form part of the pre-clinical phase of the evaluation of the potential use of cannabidiol in paediatric brain tumours.

Importantly, Professor Grundy added: “The Children’s Brain Tumour Research Centre cannot recommend the use of cannabidiol (CBD) as presently we don’t know whether CBD is effective against either childhood or adult brain tumours. Furthermore, we don’t yet know how CBD might work against cancer cells, nor what dose of CBD to give. At the moment there is no reliable evidence to say whether or not CBD is effective against cancer. The research we are proposing will address the question of whether there is any basis for a role for CBD in treatment for brain cancer. This will then need to be further assessed in clinical trials.”

Katie Sheen from Astro Brain Tumour Fund said:” We actively seek out ways to support research into gentler, less toxic ways of treating cancer. Whilst finding a cure is obviously our main focus, we also want to ensure that any cure leaves patients with an excellent quality of life afterwards. We also listen carefully to everyone whose lives are touched by brain cancer and, if they are reading anecdotal evidence about treatments on the internet, we encourage research to establish an evidence base for those treatments.”

“We have been co-funding a Dietetics Support Service with the charity Matthew’s Friends since 2014 in order to gather data about the effectiveness of using a ketogenic diet alongside the current standard of care, and that data is now being used to establish the first clinical trial of its type in the UK. Now that we are also helping fund research into the potential efficacy and safety of cannabidiol for brain tumour patients, we will hopefully help start a similar process towards clinical trials.  Without a strong evidence base for these new treatments patients are stumbling in the dark and, as we are named after a star, we hope that our work brings light to that darkness.”