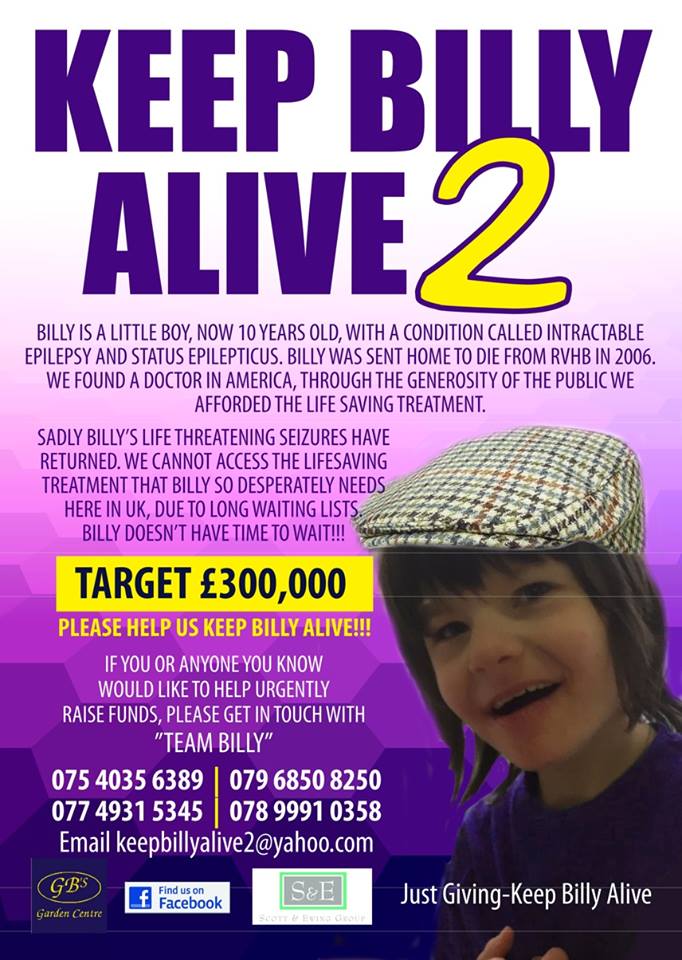 The big brother of Castlederg 11-year-old Billy Caldwell, who is in Los Angeles with his mother, Charlotte, awaiting treatment for life-threatening epilepsy, will run a 300 mile loop of the North over the next two weeks as part of a campaign to have medicinal cannabis legalised here.

Kyle Caldwell will carry Billy’s bodyweight on his back on what he’s calling, “Billy’s Cannabus Run”, which will take in Dungiven, Claudy, Drumahoe, Derry, Newbuildings, Magheramason, Bready, Ballymagorry, and Strabane, during an epic marathon around the North.

Speaking to the ‘Journal’ from the United States, Charlotte explained that she was still waiting on a decision from specialists on whether or not they can operate on Billy, who suffers from severe ‘intractable epilepsy’ that she fears may one day kill her son.

But in a new development, Ms Caldwell said Billy has been on a course of medicinal cannabis, which, she says, has achieved remarkable results.

“In the meantime he is on medicinal cannabis. Normally Billy would experience seven to nine life-threatening seizures in the space of a week. He’s now on day 15 and he hasn’t had one,” she said.

By Kevin Mullan
Read the full story at derryjournal.com 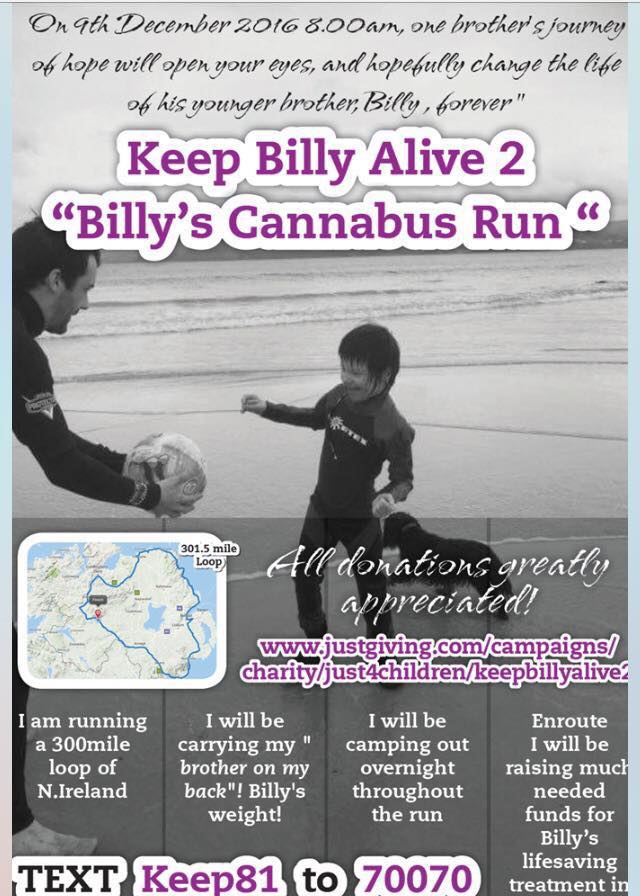