Sunday, 5 February 2023
You are here: Home 84% of California’s “Medical Marijuana” Contaminated with Pesticides 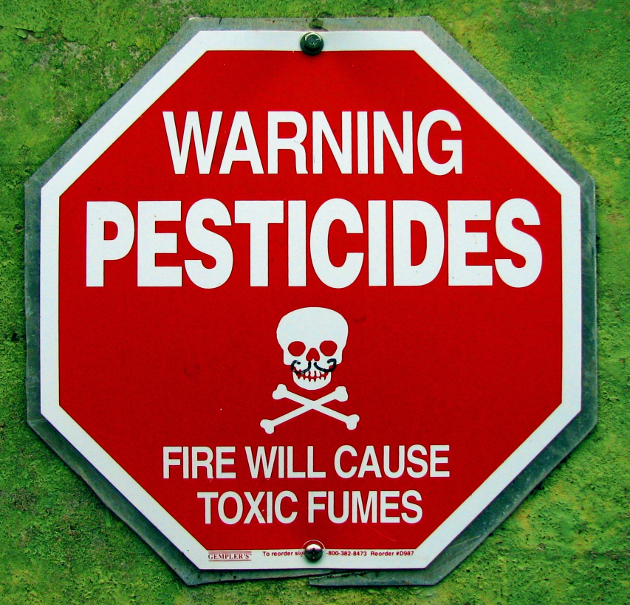 BERKELEY, Calif., Oct. 19, 2016 /PRNewswire/ — Steep Hill, the global leader in cannabis testing and analytics, today published an early report on the prevalence of pesticide contamination in the medical cannabis supply chain in California. According to the lab’s new technology and recently launched “quantified pesticide analysis,” 84.3% of cannabis samples submitted in Steep Hill’s Berkeley lab tested positive for pesticide residues. These results were significantly higher than expected and are cause for concern for California cannabis consumers. 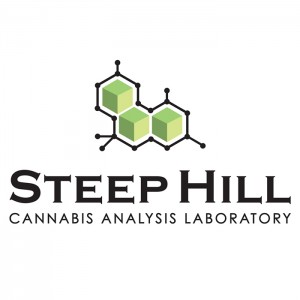 Myclobutanil, typically sprayed on California grapes, almonds and strawberries, is legally listed as a “general use pesticide,” but heating up the chemical, as is the case when smoking cannabis, converts Myclobutanil into Hydrogen Cyanide. Hydrogen Cyanide is a Schedule 3 substance under the Chemical Weapons Convention. Of paramount concern is the extremely high level of Myclobutanil detected in cannabis samples tested by Steep Hill, which is in excess of 65% of all samples.

Jmichaele Keller, President and CEO of Steep Hill, said in making the announcement, “Those in the cannabis community who feel that all cannabis is safe are not correct given this data – smoking a joint of pesticide-contaminated cannabis could potentially expose the body to lethal chemicals. As a community, we need to address this issue immediately and not wait until 2018.”

As of today, the City of Berkeley is alone in establishing rigid limitations for pesticide testing on medical cannabis in the State of California. As newspapers have pointed out in Colorado and Washington State, pesticide contamination is a massive problem in regulated “recreational cannabis markets.” Although California will not have testing regulations in place until 2018, we can look to the State of Oregon and its well-respected pesticide regulations for guidance. With California voting on Proposition 64 this November, Steep Hill seeks to work with the newly established Bureau of Medical Cannabis Regulation to establish statewide limits on residual pesticides.

Steep Hill is concerned about any impurities in cannabis and has been testing for pesticides since 2011. After years of perfecting testing procedures and testing equipment, their tests are so advanced that they can determine the concentration of pesticides down to the 10’s of parts per trillion, which is between 100 to 1,000 times more accurate than tests available through other labs. In Steep Hill’s analysis of the pesticide testing performed in Northern California it reviewed the publicly available pesticide results from SC Labs and found they detected pesticides in less than 3% of the samples tested over a 30-day period ending October 10th. During the same period Steep Hill tested and reported pesticides in over 84% of cannabis, which would have failed under the State of Oregon’s pesticide regulations. While Steep Hill was developing its new pesticide test, it subcontracted its pesticide testing to CW Analytical Laboratories. In reviewing the test results from CW Analytical it was discovered that the lab was only detected pesticides in 20.8% of the samples tested.

“Steep Hill is about ensuring people get safe cannabis and giving the community the tools to make cannabis safer for everybody,” said Don Land, Chief Scientific Consultant for Steep Hill. “Once people know what’s there, we fully expect the industry will be responsive and responsible, and those that are not will ultimately be judged by their customers. When we introduced our accurate residual solvent test for concentrates in 2013, almost everybody had contamination in their products, at first. Now, just a couple of years later, almost nobody fails. Our solutions helped the industry become responsible.”

“As far as we’re concerned, medicine should always be clean, safe, and effective. Unfortunately, our recent study discovered that 83.2% of the samples assessed by our triple quadrupole mass spectrometer contained pesticides that would have failed under the Oregon regulations. As of today, this tainted product could be sold in most dispensaries throughout the State of California without any way of informing the patients about the risks of pesticide exposure,” said Jmichaele Keller. “With the State of California preparing to enact of the Medical Cannabis Regulation and Safety Act by January 2018, now is the time to get pesticides under control. If California expects to supply any adult with cannabis in the future, we must first focus on protecting the existing patients throughout the state.”

ABOUT STEEP HILL
Founded in California in 2008, Steep Hill Labs, Inc. is a science and technology firm that has become the industry leader in cannabis testing and analytics. Steep Hill has labs open or in development in seven U.S. states (Alaska, California, Hawaii, Maryland, New Mexico, Pennsylvania, and Washington State), Washington DC, and Jamaica, with many more to come— making Steep Hill the largest cannabis lab network in the world. The company pioneered the first medical cannabis potency and microbiological contaminants testing methodology for use in California—the first state to legalize medical cannabis. Steep Hill has since developed a variety of revolutionary cannabis testing products, including the QuantaCann2™ and GenKit™. Steep Hill provides expert consulting services to many states, countries and municipalities, and the company is developing proprietary genetic testing, mapping and trademark protection services for the industry as well.