Friday, 3 February 2023
You are here: Home The Solo Portable Vaporizer from Arizer Tech

The Solo portable vaporizer from Arizer has been about a few years now and it’s still one of the best selling portables due to the fact that it’s a solid, reliable vape. 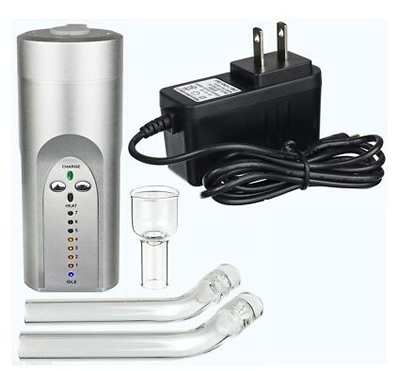 Over the past month or so we’ve been putting the Solo portable through it’s paces and we’ve loved every minute of it.

As you can see from the pictures the Solo is really well finished, the kind of finish you’d expect from high end electronics.

It comes with two glass stems, one straight and the other curved, at one end is the small chamber where you put your weed, the other end is the mouthpiece. With a quick Google search you can find a host of accessories to go along with the Solo, there’s even a water bubbler attachment if you’d like a bit of filtration and a cooler vaping experience.

We’ve had some vape heads tell us that the draw resistance on the Solo was a problem, but we love it. In fact the lack of draw resistance with the Ascent from Davinci Vaporizers would have been our main negative about the Ascent so it’s a welcomed feature with the Solo.

The unit works off two buttons, keeping it simple again Airzer, nice one :-), and has a series of LEDs to indicate the heat level, heater status and charging status.

The Solo has a built in rechargeable lithium ion battery that takes about 4 hours to charge and will give you a approx 2 hours of continous vaping. You’ll be pleased to know that the latest models can be used while charging. There’s also an energy saving function built into this vape, the unit shuts down after 12 mins to save on battery power.

The Arizer solo vaporizer does the job it was intended to do, it reminds me of that old saying KISS ‘Keep it simple stupid’.