The war on drugs has caused too much collateral damage: Even the ill face stigmatization by using an alternative to harsh pharmaceuticals. 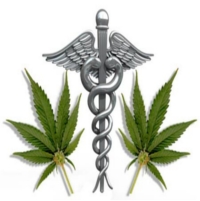 I’m on the phone getting a recipe for hashish butter. Not from my dealer but from Lester Grinspoon, a physician and emeritus professor of psychiatry at Harvard Medical School. And not for a party but for my 9-year-old son, who has autism, anxiety and digestive problems, all of which are helped by the analgesic and psychoactive properties of marijuana. I wouldn’t be giving it to my child if I didn’t think it was safe.

I came to marijuana while searching for a safer alternative to the powerful antipsychotic drugs, such as Risperdal, that are typically prescribed for children with autism and other behavioral disorders. There have been few studies on the long-term effects of these drugs on a growing child’s brain, and in particular autism, a disorder whose biochemical mechanisms are poorly understood. But there is much documentation of the risks, which has caused the Food and Drug Administration to require the highest-level “black box” warnings of possible side effects that include permanent Parkinson’s disease-like tremors, metabolic disorders and death. A panel of federal drug experts in 2008 urged physicians to use caution when prescribing these medicines to children, as they are the most susceptible to side effects.

We live in Rhode Island, one of more than a dozen states — including California — with medical marijuana laws. That makes giving our son cannabis for a medical condition legal. But we are limited in its use. We cannot take it on a plane on a visit to his grandmother in Minnesota.

Even though we are not breaking the law, I still wonder what my neighbors would think if they knew we were giving our son what most people only think of as an illegal “recreational” drug. Marijuana has always carried that illicit tang of danger — “reefer madness” and foreign drug cartels. But in 1988, Drug Enforcement Administration Judge Francis L. Young, after two years of hearings, deemed marijuana “one of the safest therapeutically active substances known to man. … In strict medical terms, marijuana is far safer than many foods we commonly consume.”

Beyond helping people like my son, the reasons to legalize cannabis on a federal level are manifold. Anecdotal evidence from patients already attests to its pain-relieving properties, and the benefits in quelling chemotherapy-induced nausea and wasting syndrome are well documented. Future studies may find even more important medical uses.

Including marijuana in the war on drugs has only proved foolhardy — and costly. By keeping marijuana illegal and prices high, illicit drug money from the U.S. sustains the murderous narco-traffickers in Mexico and elsewhere. In fact, after seeing how proximity to marijuana growers affected the small Mexican village of Alamos, where my husband spent much of his childhood, I was adamant about never entering into that economy of violence.

Because Rhode Island has no California-like medical marijuana dispensaries, the patient must apply for a medical marijuana license and then find a way to procure the cannabis. We floundered on our own until we finally connected with a local horticultural school graduate who agreed to provide our son’s organic marijuana. But given the seedy underbelly of the illegal drug trade, combined with the current economic collapse, even our grower has to be mindful of not exposing himself to robbery.

Legalizing marijuana not only removes the incentives for this underground economy, it would allow for regulation and taxation of the product, just like cigarettes and alcohol. The potential for abuse is there, as it is with any substance, but toxicology studies have not even been able to establish a lethal dose at typical-use levels. In fact, in 1988, Young of the DEA further stated that “it is estimated that … a smoker would theoretically have to consume … nearly 1,500 pounds of marijuana within about 15 minutes to induce a lethal response.” Nor is it physically addicting, unlike your daily Starbucks, as anyone who has suffered from a caffeine withdrawal headache can attest.

Although it has been demonized for years, marijuana hasn’t been illegal in the U.S. for that long. The cannabis plant became criminalized on a federal level in 1937, largely because of the efforts of one man, Harry Anslinger, commissioner of the then newly formed Bureau of Narcotics, largely through sensationalistic stories of murder and mayhem conducted supposedly under the influence of cannabis. Cannabis was still listed in the U.S. Pharmacopeia, or USP, until 1941 as a household drug useful for treating headaches, depression, menstrual cramps and toothaches, and drug companies worked to develop a stronger strain.

In 1938, a skeptical Fiorello LaGuardia, mayor of New York, appointed a committee to conduct the first in-depth study of marijuana’s actual effects. It found that, despite the government’s fervent claims, marijuana did not cause insanity or act as a gateway drug. It also found no scientific reason for its criminalization. In 1972, President Nixon’s Shafer Commission similarly concluded that cannabis should be re-legalized.

Both recommendations were ignored, and since then billions of dollars have been spent enforcing the ban. Public policy analyst Jon Gettman, author of the 2007 report, “Lost Revenues and Other Costs of Marijuana Laws,” estimated marijuana-related annual costs of law enforcement at $10.7 billion.

I was heartened to hear California Gov. Arnold Schwarzenegger’s recent call for the U.S. to at least look at other nations’ experiences with legalizing marijuana — and to open a debate. And given the real security threats the nation faces, U.S. Atty. Gen. Eric H. Holder Jr.’s announcement that the federal government would no longer conduct raids on legal medicinal marijuana dispensaries was a prudent move. Decriminalizing marijuana is the logical next step.

Marie Myung-Ok Lee teaches at Brown University and is working on a novel about medical malpractice.
By Marie Myung-Ok Lee
http://www.latimes.com/news/opinion/commentary/la-oe-lee7-2009jun07,0,4366981.story