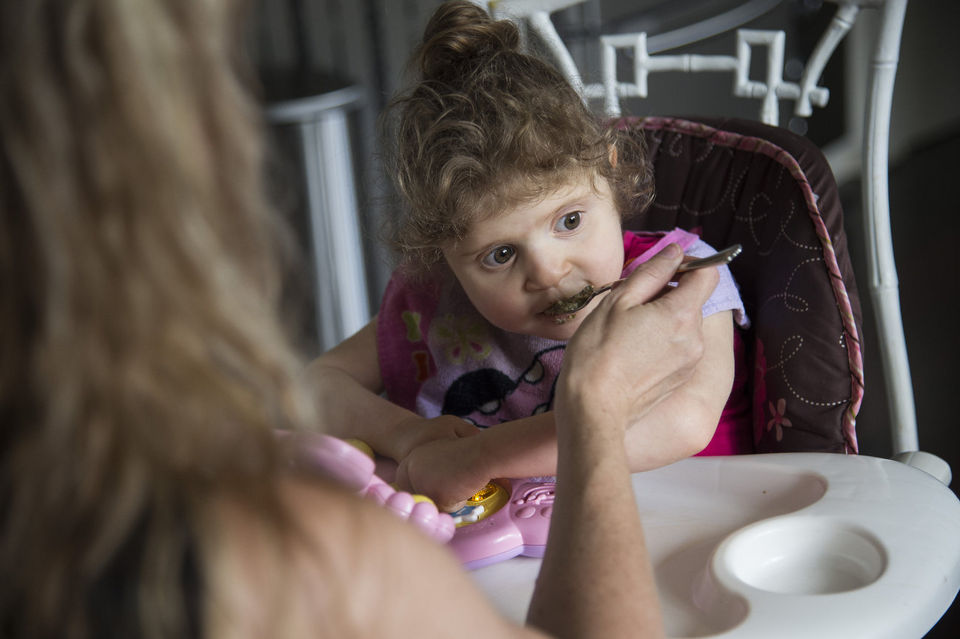 GRAND BLANC, MI – Bella Chinonis can’t talk. She can’t walk, chew or play like most children her age. The 6-year-old Grand Blanc girl couldn’t even stand until a few months ago.

Her days have consisted of seizures lasting anywhere from 2 to 27 minutes and taking multiple prescription medications for problems she’s been dealing with since she was born.

Her mother, Ida Chinonis, says it wasn’t until Bella was introduced to cannabis oil that things started turning around for her little girl.

“She can stand now. She responds to voices and she loves the movie ‘Frozen.’ She didn’t do that before and the only thing different we are doing is giving her medical marijuana.”

Bella is one of about 150 children in the state of Michigan approved for medical marijuana use.

She suffers from a genetic disorder called 1p36 deletion syndrome that causes a number of problems, including developmental delays, seizures and limited speech ability. Bella is also in stage renal failure, which is also known as kidney failure, and has multiple holes in her heart.

Chinonis said that after having Bella on various medications for years and to get the same results, she decided to pull her off the various prescriptions and wanted to start administering medical marijuana to her.

“I did a lot of research,” Chinonis said. “I was very hopeful it would help her.”

By  Jiquanda Johnson
Read the full story at mlive.com