The University of Sydney has received its largest ever research donation with $33 million given to fund medicinal cannabinoid research. 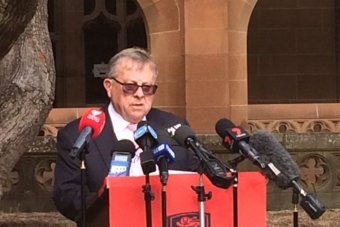 Businessman Barry Lambert and his wife Joy today gave the university the funding which is expected to place Australia at the forefront of advances in medical marijuana research.

Mr Lambert said the donation was inspired by their granddaughter who lives with epilepsy.

“The experience of our granddaughter … has opened our eyes to the extraordinary possibilities of cannabinoids treating not only her condition but a range of chronic illnesses that often don’t respond to conventional treatments,” Mr Lambert said.

“We believe this investment in the future of Australian science and medicine will provide the much-needed evidence to rapidly advance the use of medicinal cannabinoids in the treatment of childhood epilepsy and other serious illnesses.”

A priority of the funding is researching how cannabinoids work to treat paediatric epilepsy.

Dr Michael Spence, vice-chancellor of the University of Sydney, said the contribution will also enable research for a range of uses including addiction, cancer and obesity.

“[This is] a world-first in the extent of support for medicinal cannabis research,” Dr Spence said.

“[The donation] places Australia in the front rank of countries, such as the Netherlands, the United states and Israel, leading the world in this new era of cannabinoid science,” he said.

“The Lamberts’ investment gives our case enormous momentum and my hopes is it dramatically increases the cross-sector knowledge sharing required to ultimately produce cannabinoid-based medicines that are safe, reliable and affordable,” Mr Baird said.