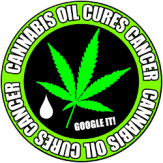 Medical cannabis is well known to cancer patients. A large number of Israelis receive it as part of their palliative care for dealing with the symptoms of the disease, as cannabis has been found to be effective in relieving chronic pain, nausea and loss of appetite.

Scientists from the Technion-Israel Institute of Technology in Haifa have been researching completely different possibilities for the use of cannabis by cancer patients – as an active treatment against the development of the disease itself. A precedent-setting study examined how dozens of strains of cannabis affect the development and growth of hundreds of types of cancer cells.

This study is one of the first signs of a new approach to the use of cannabis in cancer treatment, which examines whether the plant can help in delaying the development of cancerous growths – or even eliminate them completely.

The preliminary results, which were found in the first few weeks of the research, show that cannabis is quite possibly effective in treating brain and breast cancers.

Dr. David Meiri, an assistant professor in the biology department at the Technion, is leading the cancer research team. Meiri, the head of Technion’s Laboratory of Cancer Biology and Cannabinoid Research who did postdoctoral work at the Ontario Cancer Institute in Toronto, opened his lab in the Technion about a year ago.

Meiri specializes in studying the cytoskeleton of cells, which is a critical component of the processes of division and movement of cancer cells, and of all cells in general. Meiri told Haaretz that he searched for all sorts of materials that affect the structure of the cell in his research in Toronto, and found cannabis. The deeper he went into the field, the more he realized there was a huge vacuum and lack of scientific knowledge about the effects of cannabis.

There are very few studies on cannabis and brain cancer, he noted. Meiri approached this in two ways: Whether cannabis is capable of keeping cancer cells from becoming virulent, and at the same time studying how far cannabis can go in fighting the cancer cells themselves – and possibly destroy them.

By Ido Efrati
Read the full story at haaretz.com