Friday, 3 February 2023
You are here: Home The Latest Cannabis Discoveries That the Government Don’t Want You to Know About

May 22, 2013  Despite issuing a highly publicized memorandum in 2009 stating, “Science and the scientific process must inform and guide decisions of my Administration,” it remains clear that federal lawmakers and the White House continue to willfully ignore science in regards to the cannabis plant and the federal policies which condemn it to the same prohibitive legal status as heroin. In fact, in 2011 the Obama administration went so far as to reject an administrative petition that called for hearings to reevaluate pot’s safety and efficacy, pronouncing in the Federal Register, “Marijuana does not have a currently accepted medical use in treatment in the United States or a currently accepted medical use with severe restrictions. At this time, the known risks of marijuana use have not been shown to be outweighed by specific benefits in well-controlled clinical trials that scientifically evaluate safety and efficacy.” (The Administration’s flat-Earth position was upheld in January by a three-judge panel for the US Court of Appeals for the District of Columbia.) 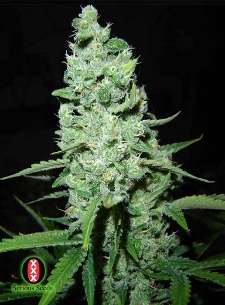 Nevertheless, scientific evaluations of cannabis and the health of its consumers have never been more prevalent. Studies are now published almost daily rebuking the federal government’s allegations that the marijuana plant is a highly dangerous substance lacking any therapeutic utility. Yet, virtually all of these studies – and, more importantly, their implications for public policy – continue to be ignored by lawmakers. Here are just a few examples of the latest cannabis science that your federal government doesn’t want you to know about.

Subjects who regularly inhale cannabis smoke do not possess an increased risk of lung cancer compared to those who either consume it occasionally or not at all, according to data presented in April at the annual meeting of the American Academy for Cancer Research.

Investigators from the University of California, Los Angeles analyzed data from six case-control studies, conducted between 1999 and 2012, involving over 5,000 subjects (2,159 cases and 2,985 controls) from around the world.

They reported, “Our pooled results showed no significant association between the intensity, duration, or cumulative consumption of cannabis smoke and the risk of lung cancer overall or in never smokers.”

Previous case-control studies have also failed to find an association between cannabis smoking and head and neck cancers or cancers of the upper aerodigestive tract.

Will the pot plant one day play a role in staving the ongoing epidemic of Type 2 diabetes? Emerging science indicates that it just might.

According to trial data published this month in the American Journal of Medicine, subjects who regularly consume cannabis possess favorable indices related to diabetic control compared to occasional consumers or non-consumers.

Investigators at the Beth Israel Deaconess Medical Centre in Boston, assessed self-report data from some 5,000 adult onset diabetics patients regarding whether they smoked or had ever smoked marijuana. Researchers reported that those who were current, regular marijuana smokers possessed 16 percent lower fasting insulin levels and reduced insulin resistance compared to those who had never used pot. By contrast, non-users possessed larger waistlines and lower levels of high-density lipoprotein (HDL or ‘good’) cholesterol – both of which are risk factors for type 2 diabetes.

Similar benefits were reported in occasional cannabis consumers, though these changes were less pronounced, “suggesting that the impact of marijuana use on insulin and insulin resistance exists during periods of recent use,” researchers reported.

The recent findings are supportive of the findings of 2012 study by a team of UCLA researchers, published in the British Medical Journal, which reported that adults with a history of marijuana use had a lower prevalence of type 2 diabetes and possess a lower risk of contracting the disease than did those with no history of cannabis consumption, even after researchers adjusted for social variables (ethnicity, level of physical activity, etc.) Concluded the study, “[This] analysis of adults aged 20-59 years … showed that participants who used marijuana had a lower prevalence of DM (Diabetes Mellitus) and lower odds of DM relative to non-marijuana users.”

Diabetes is the third leading cause of death in the United States after heart disease and cancer.

By Paul Armentano
Read the full story at alternet.org